I woke up this morning after a few hours of sleep to discover the election results after roughly 46% of the votes had been counted, and although I know these numbers will change, they are intoxicating:

As I said, these figures will change and move up and down quite a bit until we get the final results from the Central Election Committee, but the trend will remain the same, God willing, and here they are:

The emerging new intifada that followed Arab riots in the streets in May 2021, agricultural terrorism, and Arab lawlessness on the highways and in the streets convinced Israelis who may have never before voted for a right-wing party it may have been their last opportunity to wake up from the nightmare.

Folks on the liberal side of the aisles around the Western world are trying to figure out why the right has been taking over in what appears to be an unstoppable wave, from New Delhi to Los Angeles. In every democratic country that’s being swept by this wave, there are different local reasons for this phenomenon, but above all, it has to do with the average citizen who works and pays taxes feeling unsafe – at home and on the streets.

Interestingly, in many countries the greatest catalyst for the growing shift to the right is Muslims. For the most part, the failed Arab Spring and the bloody civil war in Syria have generated a Muslim invasion of many European countries by millions of uprooted Muslim refugees that overwhelmed those already fragile welfare states. In the US it was other minorities who made working taxpayers fear for their lives. And in Israel lawlessness was spread by Israeli Arabs, Bedouin, and “Palestinians.”

It so happened that in Israel, a uniquely inspired politician named Itamar Ben Gvir, who happened to be The Jewish Press Man of the Year 5781, captured the imagination of enough voters to topple yet another liberal government in the democratic West.

The choices made by the outgoing Lapid coalition didn’t help them either. They passed a controversial and legally questionable offshore gas agreement with Lebanon. After criticizing Netanyahu for a large numbers of ministers in his cabinet they surpassed Netanyahu, including with extensive use of the Norwegian law. They promoted leftwing social ideas over real solutions to problems, such as traffic. They promoted radical agendas that didn’t resonate with majority of Israelis.

As it is in every country on the path of the right-wing wave, it is accompanied by many local issues that must receive urgent attention. In Israel this comes down to this essential list:

It’s a very tall order and change will not come quickly, but with the previous Lapid-Bennett government change was suffocated. It’s also true that Benjamin Netanyahu had a decade at the helm to fix all these issues and he didn’t. But if the predictions so far hold, he will be partnering with a group of able, energetic, and enthusiastic young politicians who will help him do the right thing, God willing.

Final point and then I must go get my morning coffee: the new Netanyahu government will have a considerable majority of Orthodox Jewish members – Religious Zionism, Shas, United Torah Judaism, and several Likud MKs. They will be smart to curb their religious enthusiasm and not frighten Israelis who did not vote for this coalition government, but this may be a huge opportunity to mend bridges with a large group of Israeli Jews who are curious about their tradition.

I would hire a Lubavitcher consultant. 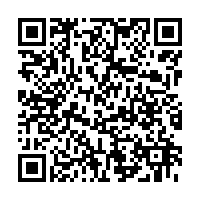