Israeli blogger Alexander Lapshin, who was granted a pardon by the Azerbaijani president on Monday, has left the country, the APA news agency reported on Thursday: “On September 14, Alexander Lapshin departed from Baku to Tel Aviv accompanied by his mother,” the agency said.

According to the report, on September 11, Azerbaijani President Ilham Aliyev signed an order pardoning Lapshin, who had been sentenced to three years behind bars over his visit to Nagorno-Karabakh, a disputed border region between Armenia and Azerbaijan.

In late July, Lapshin, who holds Russian and Israeli passports, requested the Azerbaijani Justice Ministry to be extradited to Israel. During court trials, he had pleaded not guilty saying that he was just a tourist visiting Nagorno-Karabakh, and the information he had published on his blog had nothing to do with politics, only impressions of a tourist.

Nagorno-Karabakh is a landlocked region in the South Caucasus, between Lower Karabakh and Zangezur and covering the southeastern range of the Lesser Caucasus mountains. It is a beautiful region of forests and mountains. It is also a disputed territory, internationally recognized as part of Azerbaijan, but most of it being ruled by the Republic of Artsakh (formerly named Nagorno-Karabakh Republic), a de facto independent state with Armenian ethnic majority.

After being pardoned, the blogger sent a thank-you letter to the Azerbaijani president saying that he deeply regretted what he had done. He also expressed hope that while resolving the Nagorno-Karabakh issue, “Azerbaijan’s territorial integrity will be taken into consideration.”

Lapshin was detained in the Belarus capital of Minsk in December 2016 at Azerbaijan’s request. Azerbaijan accused him of visiting the disputed Nagorno-Karabakh region without the Azeri authorities’ permission. He was flown to the Azeri capital Baku and handed over to State Security. The Azerbaijani prosecutors launched a criminal case against Lapshin over his “repeated public anti-state calls” and “illegal crossing of Azerbaijan’s state border.”

Alexander Laphsin’s Facebook page on Thursday issued a request that media people avoid trying to contact him, since such contact may cause him damage in light of the trauma he has suffered.

Another Iranian Official Dies of Coronavirus, More Borders Shut Down 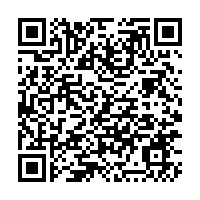