Menachem was a ba’al teshuvah. He grew close to Torah observance through the inspirational and loving efforts of Rabbi Goodman.

As Rosh Hashanah approached, Menachem asked Rabbi Goodman: “When I was a teenager I shoplifted from a certain clothing store; how can I make good on this?”


“Teshuvah, repentance, alone suffices for sins between man and Hashem,” replied Rabbi Goodman. “Since stealing is a monetary violation between you and another man, you should find a way to pay the store the amount you stole.” (Mishnah Berurah 606:1)

“I don’t know exactly how much it was,” said Menachem.

“Make your best estimate,” said Rabbi Goodman. “Do you remember what you stole?”

“I remember some of items,” said Menachem. “There was a package of three shirts, a coat, four pairs of dress pants, a pack of 12 pairs of socks.”

“How much do you think these items cost?” asked Rabbi Goodman.

“All together, I would say about $500,” replied Menachem.

“So then find a way to pay the store that amount,” said Rabbi Goodman.

“The question is whether I have to pay the cost of the items in that particular store,” said Menachem. “The store was a rather expensive one. Furthermore, the mark-up in the clothing industry is usually about 100 percent. That means that if the items cost all together $500, the store owner paid no more than $250 for them. Would it enough if I returned only the $250 that it would cost the store to replace its inventory?”

“That’s a great question,” replied Rabbi Goodman. “I never thought of such an issue. I don’t know what to answer.”

“So what should I do?” asked Menachem.

“I suggest we speak with Rabbi Dayan,” said Rabbi Goodman.

“Before I became a ba’al teshuvah, I stole some items from a store,” Menachem said. “Do I have to pay for the theft according to the prices the owner charges in the store or the price at which he buys the items?”

“The Gemara [B.M. 99b] teaches that if someone steals a cluster of fifty dates, which can be sold in bulk for a certain amount or one by one for a higher amount, the thief needs to pay only the lower, bulk cost,” replied Rabbi Dayan. “This is a leniency for one who damages or steals a bulk unit to evaluate it at the lower cost.”

“This would seem to apply to any item that can be sold in bulk or individually, such as a pack of shirts or socks,” continued Rabbi Dayan. “However, something that is not typically sold in bulk we evaluate at the current, local retail price, even if it can be purchased elsewhere or in a different season at a lower price. Items are evaluated at their current time and place.”

“What if the store typically sells individually or at a price higher than the typical market price?” asked Menachem.

“Aruch Hashulchan [362:16] writes that the thief only has to pay the going market rate for the bulk item, even if the person from whom you stole sells one by one or at a higher price,” answered Rabbi Dayan. “However, if you stole the items one by one, you cannot pay the bulk rate. Similarly, with items that are not part of a group but are typically sold one by one, you must pay the individual price, even if you stole from a wholesaler who sells items in bulk.” (Pischei Choshen, Geneivah 5:17[49)”

“Thus, although the store owner buys the item at 50 percent of the selling price,” concluded Rabbi Dayan, “you must pay the typical market price of the items, even if this store sells at a higher price than usual. The bulk items should be paid according to the bulk price.” 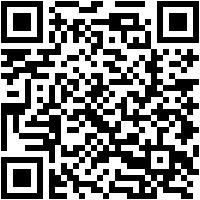