A week ago, following the Supreme Court hearing on the issue of mixed-sex prayer at the Western Wall, Jerusalem Chief Rabbi and former Chief Rabbi of Israel, Shlomo Amar, attacked the Reform movement, saying, “They are trying to sow sand [in our eyes] and say that [segregated prayer at the Kotel plaza] is something the extreme ultra-Orthodox have invented.” Speaking during his weekly class, the Chief Rabbi added: “It’s like Holocaust deniers, it’s the same thing. They scream about Holocaust deniers in Iran, but they deny more than those who deny the Holocaust. All the [volumes of the Talmud] record that there was a women’s section and [a men’s section] in the Temple. Did we make this up?”

Rabbi Amar had plenty to say about the Reform movement in general: “They do every injustice in the world against the Torah. They even marry gentiles and Jew. They have neither Yom Kippur nor Shabbat, but they want prayer [by the Kotel]. And no one should think that they actually want to pray. They want to desecrate anything that’s sacred. ”

In response, a Jerusalem Post editorial on Friday declared: “We believe Amar has two options: either apologize immediately for exploiting his position to insult millions of Jews or step down as chief rabbi of Jerusalem.” This is because Rabbi Amar is a public official, and so, “as the so-called chief rabbi of Jerusalem, he regularly represents Israel and our capital in official ceremonies and events. As a public official he has an obligation to respect the goals and values of the State of Israel as both Jewish and democratic.

Following which the JPost editors explain that “democracy is a form of government based on compromise and negotiations as well as personal choice emanating from freedom. In contrast, Judaism, or at least Orthodox Judaism, is governed by a set of laws and customs that are nonnegotiable.”

In this particular debate the Orthodox rabbi is absolutely right, despite his extemporaneous and colorful style, while the JPost is completely wrong, despite their advantages of hindsight and editing.

At first glance it appears that this may be a normal clash in Israel’s marketplace of ideas, between an Orthodox rabbi who hates the Reform and pro-Reform media folks who hate Orthodox rabbis. But since we’ve learned several times this year that moral equivalency is a dangerous thing, it should be noted that in this particular debate the Orthodox rabbi is absolutely right, despite his extemporaneous and colorful style, while the JPost is completely wrong, despite their advantages of hindsight and editing.

Rabbi Amar is on the money in every single one of his assertions:

The women and men stood in two separate sections at the Temple – but many of the Temple ceremonies, such as the High Priest’s Torah reading on Yom Kipur, the Hak’hel (priestly blessing on Sukkot), and Simchat Beit Ha’Sho’eva took place in the women’s section. The custom of a separate section for women began in the First Temple, most likely during the reign of King Jehoshaphat.

The Reform movement definitely approves of intermarriages, and many of its ceremonies are co-officiated by a Reform and a Christian clergy (you can tell the Reform guy by his tortured Hebrew pronunciation).

The Reform is an extra-halakhic movement, which has made it its goal since the emancipation of the 1820s in Germany to eradicate Rabbinic law. As such, Rabbi Amar is correct to view the Reform movement in Israel as a hostile insurgency aimed at sowing strife among Israel Jews. He is right to suspect their motives regarding prayer at the Kotel, since they have rejected the mixed-sex prayer platform offered them by the Ministry of Religious Services at a more secluded section of the Kotel – because they demand better exposure to the visiting crowds – making their plight about real estate and not about spirituality.

The JPost editorial complains that “the Amar scandal touches on a more fundamental question. Should the state invest rabbis with such questionable powers and pay them salaries? Doing so inevitably leads to clashes between Judaism and democracy.”

We looked it up, and it turns out that Israel’s Chief Rabbinate Act of 5740-1980 determines that the primary role of a city chief rabbi is “to offer responsa and opinion on halakhic issues to those who seek his advice.” Indeed, out of the seven main roles determined by the law, this is the very first on the list. So that the legislator most definitely invested Israeli rabbis with these powers, and, yes, they get paid for using them.

The JPost couldn’t help themselves, despite their attempt to come across as the rational side in this debate, when they referred to Amar as the “so-called chief rabbi of Jerusalem.” Their patronizing guide to the perplexed about the difference between democracy and Judaism, declaring that Orthodox Judaism is “governed by a set of laws and customs that are nonnegotiable,” ignores millennia of rich Rabbinic debates which have been guided by the principles of “The Torah has 70 ‘faces,'” and “These and these, too, are the words of a living God.”

That by itself should require the JPost editors to apologize to Orthodox Jews or resign. 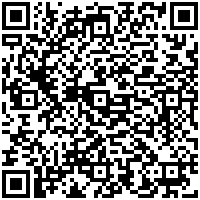