Ateret Cohanim, whose mission is to expand Jewish-owned property in eastern Jerusalem celebrated a crucial victory on Sunday, the eve of the 9th of Av, as the Jerusalem District Court approved its purchase of 99-year leases on three buildings from the Greek patriarchate of Jerusalem. Two of the buildings, the Petra and Imperial hotels, are located near the Jaffa Gate, and experts say their purchase would facilitate an increased expansion for the association in the Old City, Ma’ariv reported.

Founded in 1978, Ateret Cohanim (Hebrew: Crown of the Priests), which operates a yeshiva by the same name in the Muslim Quarter of the Old City, continues the traditional Zionist mission of redeeming land in order to establish a Jewish majority in the Old City and the neighborhoods of eastern Jerusalem.

Back in 2005, following the exposure of the sale, the Greek Church exploded with protests which ended up with the removal of Irenaios, Patriarch of the Holy City of Jerusalem and all Palestine, Syria, beyond the Jordan River, Cana of Galilee and Holy Zion. Irenaios, who was replaced by Theophilus III, rejected the decision and locked himself up inside the Jerusalem patriarchate building.

Theophilus III, meanwhile, sued Ateret Cohanim, arguing that the group had taken advantage of the corruption inside the patriarchy and bribed Irenaios to get the buildings. The court on Sunday rejected the Church’s claims and approved the transactions.

Ateret Cohanim, working through foreign real estate companies, purchased the 99-year leases on the three buildings back in 2004.

Petra Hotel is a four-story building near the Jaffa Gate; the Imperial Hotel is a large two-story building next door, and the third purchase, on Muzamiya Street in the Muslim Quarter, is a residential building with one Arab family, also in the Muslim Quarter. The two hotel managers and the Arab family are protected tenants, according to Ma’ariv, and Ateret Cohanim will now pursue evacuation procedures, much as early Zionist land redeemers such as Yehoshua Hankin sued in Ottoman courts removed the Arab indentured farmers from Rehovot, Haders and Jezreel Valley.

The patriarchy claimed that their CFO, one Nicholas Papadimas, was corrupt and took a bribe for the deal with the Jewish group. They pointed out Papadimas’ sudden new wealth and the fact that he fled the country shortly after signing, following which he became entangled in criminal complications.

The patriarchy also argued that the price Ateret Cohanim paid for the leases were suspiciously low: $500,000 for Petra Hotel; $1.25 million for the Imperial Hotel, and only $ 55,000 for the residential building in the Muslim Quarter. But the judge accepted the Jewish group’s counter-argument that these prices were reasonable, given that the buildings had protected tenants.

The judge pointed out that the Church had not denied other land transactions carried out by Papadimas and Irenaios. In conclusion, she wrote that the Patriarchate and the Patriarch “did not meet the burden of proof with sufficient factual evidence that these were transactions that were founded on bribes, nor that there was some flaw in the transactions.”

The Greek Church issued a statement condemning the court’s decision and quoting Patriarch Theophilus III who vowed to devote all the legal and financial means within his power to revoke the deals. Incidentally, according to Ma’ariv, Theophilus is under severe criticism within the Church these days, over the clandestine selling Church-owned leased land in the prestigious neighborhoods of western Jerusalem, most notably Rehavia. 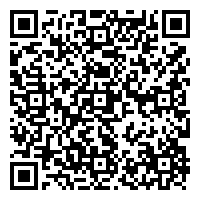