At his Joint press conference in Paris with President Emmanuel Macron, Prime Minister Benjamin Netanyahu referred to attacks on Israel by Turkish president Recep Tayyip Erdogan, saying, “Erdogan should not preach to us; he bombs Kurdish villages in Turkey, imprisons journalists, helps Iran evade international sanctions and helps terrorists attack innocents in Gaza and other places.”

According to a Turkish presidential source speaking to Reuters, Erdogan and Macron have agreed to try to persuade President Trump to reconsider his recognition of Jerusalem as the capital of Israel. The Turkish and French leaders agreed in a Saturday phone call that the recognition is “worrisome for the region.”

Netanyahu reminded Macron that France and Israel “are partners in the quest for peace, security, prosperity and culture. We share so much, so many goals, so many values, and indeed, I think that in the entire Middle East, there’s not a country that stands as the vanguard of the values that France cherishes, identify France—it’s your basic identity—and fights for these values, as the State of Israel.”

Netanyahu further reminded his host that his country’s cooperation with Israel “has saved many lives,” since “Israel has provided valuable intelligence to many countries in Europe and many countries outside Europe, that has prevented dozens of horrible terrorist attacks, some of which unfortunately you have suffered. We fight together in this fight against barbarism, and you’re a principle leader in that fight. Across the Middle East as well, your efforts in Lebanon are to be commended; your efforts to prevent the spread of Iranian aggression are to be commended.”

Regarding President Trump’s announcement, Netanyahu commented: “There is an effort, continually in UN forums, UNESCO and elsewhere to deny the millennial connection of the Jewish people to Jerusalem. It’s absurd. You can read it in a very fine book, it’s called the Bible. You can read in after the Bible. You can hear it in the history of Jewish communities throughout our diaspora, ‘Next year in Jerusalem, next year in Jerusalem.’ Where else is the capital of Israel but in Jerusalem? Where is our Knesset, our parliament? Where is our Supreme Court, the seat of our government, the Prime Minister’s Office, the President’s office? It’s not in Beer Sheva, it’s not in Ashdod. These are wonderful cities, but it’s in Jerusalem. It’s always been our capital. And Jerusalem’s never been the capital of any other people. I think the sooner the Palestinians come to grips with this reality, the sooner we’ll move towards peace.”

“This is why I think President Trump’s announcement was so historic and so important for peace,” Netanyahu said. “On the quest for peace, there is a serious effort underway now by the United States. And all I can say, as I said related to President Macron, I think, if you’ll pardon the expression, we should give peace a chance, by bringing things to their historical truth, by opening up the possibility of renewed negotiations, with renewed initiatives.”

Pointing out that “peace requires not only that you recognize reality, but that we also fight aggression,” Netanyahu said: “President Macron and I agree that we must stop the main source of aggression in the Middle East which is Iran. Iran is all over the place. It’s in Iraq, it’s in Syria, it’s already in Lebanon, where the president is validly trying to change the situation, taking a real initiative which we appreciate and support. It’s in Gaza, it’s in Yemen. We have to do what we can to stop Iran.

“What Iran is trying to do regarding Israel, whom it openly calls for our annihilation, is to do two new things. The first new thing, is to entrench itself militarily with land forces, air forces and naval forces in Syria, with the express purpose of fighting and destroying Israel. We will not tolerate that. We back up our words with actions. The second thing that Iran is trying to do is to put inside Lebanon game changing missiles, precision guided missiles, to manufacture and to add to over 100,000 statistical missiles and rockets, to add precision guided munitions, thousands of them, that could be a great danger to Israel, its cities and its people. We will not tolerate that either.”

The Silence Of The Dems 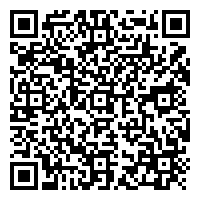