Hundreds of protesters on Thursday night marched on behalf of the ultra-Orthodox soldiers, protesting the serial attacks carried out by Haredi extremists against them. In order to avoid riots and accusations of provocation, the marchers decided not to enter the ultra-Orthodox neighborhoods, NRG reported.

The marchers gathered at the Davidka Square in Jerusalem and began to walk along Neviim Street, the seam line between Jerusalem’s ultra-Orthodox and secular neighborhoods, until they reached Bikur Holim Hospital, located on the outskirts of the ultra-Orthodox neighborhoods of Geula, Mea She’arim and Beit Yisrael.


The march began as a private initiative and an event on Facebook which was widely shared on the social networks. About a quarter of the participants were ultra-Orthodox themselves, and the march was led by Rabbi Yonatan Halevi, head of an ultra-Orthodox military academy, and former Knesset Member Dov Lipman (Yesh Atid).

The attacks against ultra-Orthodox soldiers take place mainly in the stronghold of anti-Zionist ultra-Orthodox circles in the Mea Shearim neighborhood of Jerusalem. The ultra-Orthodox public at large opposes these attacks, and many of its leaders periodically call on police to use tougher measures against the attackers.

The ultra-Orthodox soldiers are also dealing with a large-scale propaganda campaign against them by members of the Jerusalem Faction, a Lithuanian group that does not accept the authority of their sector’s main leader, Rabbi Aharon Leib Steinman, believing that he is too compromising, and turns a blind eye to the fact that there are young Haredim who are enlisting in the IDF. 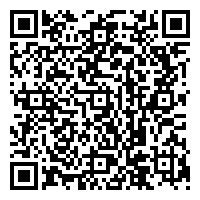