Officials from the Jordanian Islamic Waqf Authority are deeply upset that Israel has locked down the Temple Mount in the wake of a dead terrorist attack by three Israeli Arabs on Friday that left two Border Guard Police officers dead and more wounded.

The site remains closed as the painstaking process of gathering evidence and tracking down those who aided the killers continues — another point that enrages the Waqf — despite the promise of Prime Minister Benjamin Netanyahu to gradually open the compound, beginning Sunday afternoon.


Police now believe that the weapons were brought into the Temple Mount compound days ahead of the attack, and suspect Waqf officials may have helped.

The United States immediately backed Israel’s decision, urging Jordan – which demanded the site be immediately reopened – to have patience as Israeli police conduct its investigation into the attack. An estimated thousand Jordanians protested in Amman against the closure. Jordan has still not condemned the attack.

Nevertheless, Israel did allow Al Aqsa Mosque director, Sheikh Omar al-Kiswani, to enter the compound at midnight Friday to check the premises and assure himself that all was well.

Israel Police have deployed officers at every entrance to the Temple Mount – including the “Gate of Remission,” known in Arabic as “Bab al-Huttah” – the site where Israeli police were killed by the three terrorists on Friday.

Waqf officials complained bitterly to the Bethlehem-based Ma’an news outlet on Saturday morning that “large amounts of Israeli forces” continued to be deployed at all entrances and all roads leading to the Temple Mount – the holiest site in Judaism and the third holiest site in Islam.

The Waq officials were especially distressed that Israeli officers are continuing a thorough, comprehensive search of the compound, including the libraries, places of prayer, clinics and fire protection stations.

In the past, police have discovered stashed firebombs, rocks, fireworks and other weapons and rioting supplies in many of those places.

Dozens of Muslim “worshipers” and Waqf employees as well as the grand mufti of Jerusalem, Sheikh Muhammad Hussein, were arrested on Friday following the attack. The mufti was released after several hours of questioning to determine whether he had any connection to the terrorists. 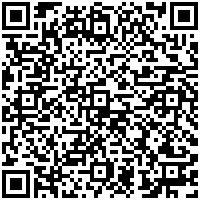