Arabs in the Old City of Jerusalem attacked Israeli police stationed outside the Temple Mount on Saturday as tensions mounted over the continued closure of the site.


Israel Police spokesperson Micky Rosenfeld said in a statement that a Border Guard Policewoman was injured by a firework that was thrown at her by one of the rioting Arabs.

Arabs who do not reside in the Old City of Jerusalem were not allowed in the area, according to the Bethlehem-based Ma’an news agency, quoting the Hebrew-language Israeli Ha’aretz news outlet, which said Israelis and tourists “have been allowed to enter undisturbed.”

However, “Israelis and tourists” were not the ones rioting, nor were they involved in terror attack on the Temple Mount a day earlier; two facts which seem to have escaped the notice of both Ma’an and Ha’aretz.

Police are continuing to search the area for evidence and for the suspects who were involved in aiding the three terrorists who shot and killed the police officers on Friday. “General security measures continue,” Rosenfeld said.

Clashes also continued in the nearby neighborhood of Silwan, just outside the Old City walls.

At least one Border Guard Police officer was wounded in a firebomb attack by local Arab residents. “Police units responded by using non lethal weapons to disperse the rioters and are continuing to search for suspects involved in the incident,” Rosenfeld said. 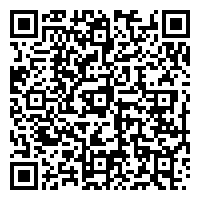