Asher Elmaliach, the Jerusalem Central Bus Station security guard who was stabbed in the heart by a terrorist on Dec. 10, 2017, has finally opened his eyes and is out of immediate danger, according a Rotter and Channel 13 report.

As Elmaliach was standing at the entrance to Jerusalem’s Central Bus Station and checking the ID of a Palestinian Authority Arab trying to enter the building, the Arab man pulled out a knife and stabbed Elmaliach in the heart.


Elmaliach was taken to Sharei Tzedek hospital in critical condition, and on Tuesday, for the first time he opened his eyes.

Earlier in the week the hospital reported that there had been a slight improvement in his condition.

On Monday, the MDA team that saved Asher’s life met the family at the hospital for the first time in a very emotional meeting.

Bat Seva Asayag, who is doing her Sheirut Leumi (National Service) at MDA was off-duty at the time and was witness to the terror attack. She rushed over and was the first person to treat Asher, saving his life in those first critical moments. 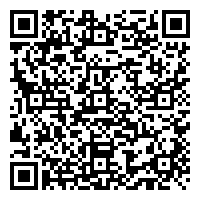