In a Facebook post, King said these violators should be treated like lepers, which the Torah banishes for seven days – or in the case of the coronavirus 14 days.


Hundreds of Haredim from that community celebrated Lag B’omer in the Mea She’arim neighborhood Monday night in violation of emergency regulations and restrictions imposed to stop the spread of the coronavirus. They huddled in large, dense groups around bonfires, and clashed with police forces that were trying to disperse them.

“I’ve talked to the mayor twice since yesterday and floated the issue,” King told Kol Ha’Ir. “I also contacted Minister of Public Security Gilad Arden. I asked them to hurry up and find a solution. We must isolate the community that was involved in last night’s events from the other Haredi communities in the Mea She’arim area and the rest of the city. My general view is that all the residents of Jerusalem should be taken care of and not a small group.”

Deputy Mayor King posted on his Facebook page: “The Health Ministry, Defense Ministry and Israel Police in the Jerusalem District! Tomorrow at dawn, in conjunction with the Jerusalem Municipality, you must impose a curfew on the residents of the Batay Hungarin residents of Mea Shearim, as well as a closure (no exit and no entry) separating them the Mea Shearim neighborhood.

“Just as the Torah commands a leper to be taken outside the camp for 7 days, so in the case of the coronavirus, for 14 days, no one must be allowed in and out of the neighborhood. 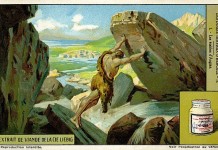