Responding to aggressive lobbying by the Beyadenu movement (Dani Dayan’s Daughter Sings Hatikvah Quietly on Temple Mount), the Knesset Education Committee on Tuesday debated the place of the Temple Mount in the country’s education system.

Coalition and opposition MKs alike agreed that the Israeli education system is failing to convey information about the Temple Mount to students.


Committee Chairwoman MK Sharren Haskel (New Hope) said that the education system does not mention the existence of the Temple Mount in a national and religious context, despite being one of the most important places for the Jewish People. She added: “This is not a political issue and therefore support should be given to teaching about the importance of the Temple Mount among Israeli students.”

Tom Nissani, executive director of Beyadenu, told the committee: “The Temple Mount is one great tragedy of ignorance. This ignorance is dangerous and produces generations who do not know the Temple Mount, neither as a must-visit site nor as even an optional site.”

MK Nir Orbach (Yamina) said: “The Western Wall is less important than the Temple Mount. The discussion is very important. There is clear ignorance. The answers of the Ministry of Education indicate that there is a basis that exists, but it must be expanded.”

MK Itamar Ben Gvir (Religious Zionism) said that “we see that students’ tours of the Cave of the Patriarchs strengthen their identity, the students come back with insights. We feel the issue of the Temple Mount is being Swept under the rug.”

MK Amir Ohana (Likud) said that for two thousand years the Jewish people have been praying, Next year in Jerusalem – what were they thinking about? Not Mamilla or Givat Ram, but the Temple Mount.”

MK Orit Struck (Religious Zionism) claimed that although she does not go up to the Temple Mount for halakhic reasons, the discussion is very important. “We are in the Land of Israel and we have established a state thanks to the longings and the connection to the Temple Mount.”

Moshe Kinley Turpaz (Yesh Atid) said: “I went up to the Temple Mount twice. Once under security circumstances, and I said I could not go up for that reason alone, and the second time with my rabbis from the Har Etzion yeshiva. The Temple Mount issue illustrates the failure of our education. There are religious and security disputes, but we failed to make the Temple Mount a central place.”

Beyadenu member Arnon Segal, a journalist, told the committee that “even though I am from the religious community, I did not learn anything about the Temple Mount. Total ignorance. I did not even know where the Temple stood.”

The Ministry of Education is also required to issue a notice to school principals that the ascent to the Temple Mount is secure and they are not required to pay extra for security. The committee also asked the police chiefs in the Old City to discuss shortening the waiting times at the entrance to the Temple Mount for groups from the education system.

Finally, the committee determined that the study of the Temple Mount and the Temple as a holy place for the Jewish people should be included in the curriculum for History matriculation examinations. 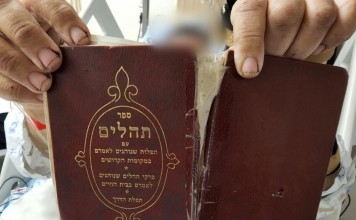 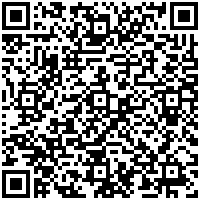