Tuesday night officially marked the half-century anniversary of the reunification of the holy city of Jerusalem, an event that was heralded with festivities at the Western Wall in the Old City.

Representatives of the IDF units who participated in the battle to liberate Jerusalem in that historic war were present at the ceremony along with IDF Chief of Staff Gadi Eizenkot and Jerusalem Mayor Nir Barkat.

President Reuven Rivlin kicked off the ceremonies, speaking of the moment in which Israeli Defense Forces managed to seize control of the site.

“On the day of Jerusalem’s liberation, then-Defense Minister Moshe Dayan wrote a note, and slipped it into the cracks between the stones of the Kotel: ‘May peace be upon Israel’,” Rivlin said.

“Today too, we continue to carry that prayer. May God give, and bring peace over Israel. ‘“Rejoice with Jerusalem, and be glad with her, all you who love her,’ Happy Jerusalem Day.’”

Here are a selection of Jerusalem Day events from the Jerusalem City website:

The best Israeli artists performing live alongside the Jerusalem Symphony Orchestra in a delightful concert. Who to expect: Miri Mesika, David D’Or and Kobi Aflalo.

Students in Jerusalem will be celebrating 50 years of Jerusalem’s reunification with The Yehudim, Abraham Tal, Beri Saharof, Shalom Hanoch, Adi Ulmansky, and more.

Tens of Thousands of people from all around the world come every year to Jerusalem to take part in this dancing, singing and flag-waving parade, produced by “Am Kalevia” association. The parade ends with a celebratory ceremony which includes a prayer and an assembly. Famed vocalist Yaakov Shwekey will be performing at the Western Wall Plaza at the end of the parade.

The Visitor Center of the Jerusalem municipality invites you to celebrate the 50th Anniversary of the Reunification of Jerusalem. The tour includes the model of the old and new Jerusalem and an observation point offering a breathtaking view of the city’s neighborhoods.

The Jerusalem Development Authority invites the public to enjoy free guided tours around Jerusalem. Visit the National Institutions Building, pass through Safra Square, stroll around Teddy Park, admire the view from The Wall Builders Garden, visit the Old City and end your tour at the Western Wall Plaza.

In honor of Jerusalem day, Heichal Shlomo will host the Jerusalem Hazanim (Cantors) Choir and their special salute performance. The show is composed of prayers, Israeli-Hasidic singing, and the reading of cantorial chapters describing love and sentiment towards the city of Jerusalem. 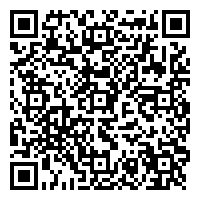