Every individual entering the Temple Mount will be examined individually by a police officer using a hand-held metal detector, according to an agreement late Tuesday night between Prime Minister Benjamin Netanyahu and Minister of Public Security Gilad Erdan. The decision was reached following a Monday night cabinet decision to remove the metal detectors from the same area.

In a survey conducted by Channel 2 News Wednesday, 77% of respondents said they believe the decision to remove the metal detectors from the Temple Mount is perceived as Israel’s capitulation. Only 17% thought it did not come across as Netanyahu’s surrender.

Also, 67% of respondents said Netanyahu’s performance around the Temple Mount affair was not good. A mere 23% said his performance was good. 10% said they did not know.

Although the metal detectors have been dismantled Tuesday, Muslim worshipers have not yet agreed to enter the third holiest site in Islam. The preacher of the Al-Aqsa Mosque called on the faithful to stay outside until the removal of the newly installed security cameras, another move decided by the Netanyahu cabinet.

“We are not prepared for any change that took place from the day of the attack,” Waqf officials made clear.

Hundreds of worshipers gathered Tuesday night for a prayer rally outside the Lions’ Gate in the Old City of Jerusalem. Similar rallies have taken place in recent days, following the closure of the Temple Mount compound for prayers after the shooting attack that killed two Israeli police officers there earlier this month. 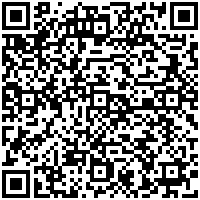