One in five Americans will develop skin cancer in their lifetime. The vast majority of skin cancer deaths are from melanoma. In fact, on average, one American dies from melanoma every hour. One dermatologist, Dr. David Friedman, in Israel, is working to change the statistics – and he is partnering with mikveh attendants to do so. Dr. Naomi Grumet’s Eden Center is the pilot for this project.


Partnering between the Physical and the Spiritual

Dr. Friedman, former Assistant Professor of Dermatology at Brown University, Rhode Island, today heads the Friedman Skin and Laser Center, an international center for professional medical skin care with centers in Jerusalem and Tel Aviv. While most of his work focuses on cosmetic surgery, Botox and dermal fillers, Dr. Friedman is pushing to save lives in a unique way. “Our goal is to educate the mikveh attendants in skin cancer detection,” he says. “Early detection is the key to saving lives because skin cancer caught early is treatable.”

As the forerunner to what he views as world-wide awareness, Dr. Friedman turned to Dr. Naomi Grumet. Dr. Grumet is founder of the Eden Center, a Jerusalem-based initiative that is working to turn the mikveh experience, the fulcrum of Jewish continuity, into a vibrant female hub that empowers women spiritually and emotionally, giving them the tools and resources to face the challenges of infertility, breast cancer, post-partum depression and abuse.

“At The Eden Center, we use the mikveh experience to educate, empower and advocate for women’s health. The early detection of melanoma is an extension of our mission. In Israel there are 750,000 immersions a year. That’s a lot of opportunities for women to be educated and increase awareness,” says Dr. Grumet. “Medically, the best time for a person to check themselves is after a bath. For women, there’s also an issue of breast cancer awareness. Experts say that around ovulation is the ideal time to pay attention to changes in your body. Factor in the time after menstruation and towards ovulation…and you get to the night of immersion,” adds Dr. Grumet.

For women, the moments at the mikveh are a time of introspection and connection to spiritual ideals. These moments often bring to the forefront of our lives all of our hopes and challenges: fertility and miscarriage, illness, issues in intimacy, and of course, changes in our bodies. These are vulnerable moments in which women long for a positive experience. The goal is to keep these moments sacrosanct and at the same time, tap into the opportunity to save lives by raising awareness of preventative medicine.

“Women in the eighteen- to fifty-year-old age bracket are more susceptible to melanomas than are men. After the age of fifty, the incidence of melanomas in men rises compared to that in women,” says Dr. Friedman. Additionally, most melanomas are detected on the back and that’s a place you can’t easily check yourself. And even if you keep an eye on your moles, do you check you between your toes, the bottom of your feet, your scalp, and your genital area? Taking these three factors into account, it makes sense to have someone else’s input. Especially since most people don’t follow dermatologists’ advice to have an annual complete body scan, or a six-monthly check-up for those who have a history of skin cancer. That someone else can be the mikveh attendant.

To facilitate this goal, Dr. Friedman and Dr. Grumet are together giving mikveh attendants the tools to notice something that a woman could have missed and to address the issue in a non-alarming way that will ensure follow-up at a dermatologist. And possibly save a life.

“A mikveh attendant can raise awareness of the need for dermatological check-ups in general. If she’s aware of the five basic rules of melanoma, she can make a huge difference,” says Dr. Grumet. “Few people are aware that the area between the toes is a hot spot for skin cancer. When a mikveh attendant accompanies a woman, and particularly when she is checking this area, she can, by the way, mention the need to have regular skin scans. It’s all part of the mitzvah of ushmarten meod et nafshoteichem, guard yourself very well.”

In a summer meeting held in Jerusalem, Dr. Friedman gave thirty mikveh attendants the rudimentary basics on what to look out for. “Of course, they can’t reassure a woman that something looks okay. The objective is to gently encourage the woman to have something suspicious checked out,” says Dr. Friedman.

Many women experience feelings of vulnerability when faced with the mikveh experience. “It’s completely expected,” says Dr. Grumet, whose doctoral research focused on this conundrum. “The mikveh is a place of transition. A woman is returning to an intimate relationship. She may be after birth, hoping to become pregnant, or unsure of whether she wants to become pregnant. She is confronted with her body and who she is physically. She is standing naked before a stranger who is clothed. She’s probably leading a hectic life and has trouble savoring the relaxation that mikveh offers. Finally, she’s aware of the spiritually inherent in the moment, but may have trouble tapping into it. It’s not surprising that she feels vulnerable,” she says.

Given these natural feelings of vulnerability, how do we introduce one more factor into a complicated equation without losing the sublimity of the mikveh? “We certainly don’t want to impinge on the spiritual experience of mikveh. Mikveh attendants are treading a fine line, and obviously some can do it better than others, but the point here is to save lives,” says Dr. Friedman. “If an attendant sees something suspicious or a bleeding mole that is itchy and then makes the woman aware that she will benefit from a dermatologist’s opinion, she may actually save her life.” Dr. Grumet adds, “We don’t want to make a woman feel more vulnerable, but we do want to increase awareness. It’s a question of using the right words. Signs posted in the mikveh can encourage women to ask the mikveh attendant about something they think is suspicious. Signs also prepare women in case the mikveh attendant does find something questionable. And finally, it’s a question of knowing the boundaries. The mikveh attendant must say that she isn’t trained to give an informed opinion and that she is simply suggesting that the woman visit a dermatologist.”

“Many of us know someone whose life was devastatingly touched by melanoma. “It’s so easy to change this,” says Dr. Friedman, citing two cases. In one case, a man came into the clinic concerned about a mole that his daughter had. Dr. Friedman spotted the melanoma on his arm. In the second case, a man accompanied his wife to the clinic for a follow-up appointment after a cosmetic procedure that she had undergone. Dr. Friedman pointed out that the visit saved his life…the man had a melanoma on his face.

While Dr. Friedman has received requests to lecture to and inform mikveh attendants in other cities in Israel, this won’t be the extent of his reach. The website that is being set up will be open to the public to teach them what to look out for. A password protected site for mikveh attendants will provide additional resources for hundreds of attendants worldwide.

The venture to raise awareness has already saved one woman’s life. When a mikveh attendant who had attended Dr. Friedman’s recent lecture noticed something odd on the back of a woman who she was helping to prepare for immersion, she told her so and asked if she had recently had a dermatological check-up. The woman said that yes, she had recently had something removed. Thanks to her training, the mikveh attendant felt that something was amiss. Very nonchalantly, she mentioned that after something is removed, it’s always best to follow up and suggested that the woman visit her doctor. When the woman came back to the mikveh a few weeks later, she told the attendant that thanks to her, she had returned to her doctor who saw that the malignant growth hadn’t been removed fully. Her live had been saved.

Is it surprising that a mainstay to physical health and longevity is being linked to Jewish spiritual health and eternal life? Probably not.

Say melanoma and you’ll automatically think skin cancer. But, actually, melanoma isn’t always a cancer of the skin. Melanoma begins in melanocytes – the cells that produce the pigment melanin that colors the skin, hair and eyes. Melanocytes also form moles, where melanoma often develops, so having moles can be a risk factor for melanoma, but it’s important to remember that most moles do not become melanoma. There are three types of melanoma: Cutaneous Melanoma (melanoma of the skin); Mucosal Melanoma (which can occur in any mucous membrane of the body, including the nasal passages, the throat, the vagina, the anus, or the mouth); and Ocular Melanoma (a rare form of melanoma that occurs in the eye).

Unlike other cancers, melanoma can often be seen on the skin, so it’s relatively easy to detect in its early stages. If left undetected, however, melanoma can spread to distant sites or distant organs. Once melanoma has spread to other parts of the body, it is referred to as metastatic melanoma, and is very difficult to treat. In its later stages, melanoma most commonly spreads to the liver, lungs, bones and brain. At this point, the prognosis is very poor. (Melanoma Research Foundation)

Examine your body, front and back, in the mirror. Then raise your arms and check your right and left sides. Next, bend your elbows and look carefully at your forearms, the back of your upper arms, and palms. Finally, look at the backs of your legs and feet, the spaces between your toes, and your soles. Examine the back of your neck and your scalp with a hand mirror. Check your back and buttocks with a hand mirror.

What to Look For

Keep an eye on those moles. Does one look different from the rest or is it changing in shape, color or size? Does the mole have an irregular, scalloped or poorly defined border? Does the color of the mole vary from one area to another? Are there shades of tan, brown, black, white, red or blue? How big is it? Melanomas are usually greater than 6mm (the size of a pencil eraser) when diagnosed, but they can be smaller. 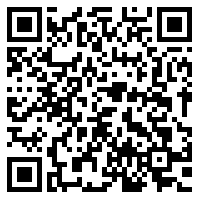