President Jimmy Morales of Guatemala on Sunday instructed his embassy to move from Tel Aviv to Jerusalem.

Morales said in a brief post on his official Facebook page that he made the decision after speaking earlier in the day with Israel’s Prime Minister Benjamin Netanyahu, Reuters reported.

The move followed the historic declaration earlier in the month by U.S. President Donald Trump, formally recognizing Jerusalem as the capital of Israel and deciding to move the American embassy from Tel Aviv to the holy city.

Guatemala and its Central American neighbor, Honduras, were two among a bare few nations who joined the United States and Israel in standing against the United Nations General Assembly resolution calling for the U.S. to rescind the decision.

Guatemala was the first Latin American nation to announce its recognition of the State of Israel in the United Nations immediately after the proclamation of the state by then-Prime Minister David Ben Gurion.

Netanyahu’s plan to visit Latin America earlier this year was hatched in November 2016 during a visit to Jerusalem by Guatemala’s President Morales. At that time, Netanyahu accepted an invitation to visit the Central American nation, “perhaps later in the year.”

Guatemala will become the third country to have decided to move its embassy from Tel Aviv to Jerusalem, following in the footsteps of the United States and Romania, whose President of the Chamber of Deputies and Social Democratic Party leader Liviu Dragnea announced last week that Bucharest would follow the example of the United States and move its embassy to the holy city as well. 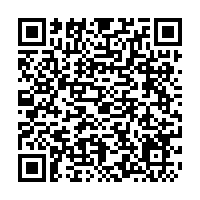