Additional security steps will be taken later, his office said in a statement.

Netanyahu and his wife Sara flew Saturday night to Paris, where the prime minister will meet with French President Emanuel Macron and participate Sunday in a ceremony marking 75 years since the deportation of Jews to the Nazi death camps. From there he and his wife will fly to Budapest, where he is slated to meet with the leaders of Hungary, Poland, the Czech Republic and Slovakia. 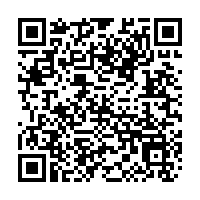