Police harassment began when cops intentionally delayed members of the Lahava and Otzma Yehudit movements who attempted to stand near the parade route as part of a counter-demonstration. According to attorney Itamar Ben-Gvir, police used a blacklist to detain activists.


According to Lehava chairman Benzi Gopstein, “the police were sabotaging the counter-demonstration and after shutting the mouths of the opponents of the march, they worked to reduce the number of demonstrators, whose number was limited in the first place under police restrictions.”

Lehava reported that Attorney Ben-Gvir was lightly injured during police violence against the demonstrators, when officer Dekel Peretz broke into the small crowd of protesters and beat up Ben-Gvir. damaging his glasses.

Later in the demonstration, Gopstein was detained and dragged away by police. Also, policemen disguised as gay marchers broke into the group of protesters and arrested one of the participants.

By the end of the day, about 20 were arrested and taken to the nearby police station.

A few hundred Lehava activists, Har Hamor yeshiva students, and students of Rabbi Zvi Tau assembled on the chords bridge at the entrance to the city, where Rabbi Yigal Levinstein spoke about the need for Jews to defend family values. 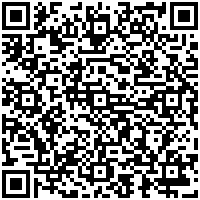