Poland has dispatched a lower-tier delegation headed by Deputy Foreign Minister Bartosz Cichocki to meet with Israeli officials in an effort to resolve the diplomatic crisis sparked by the passage of the country’s Holocaust Law.

Israel’s team is to be headed by Foreign Affairs Ministry Director-General Yuval Rotem.


“The goal of the dialogue is to preserve the historical truth and prevent harm to the freedom of research and expression,” Israel’s Foreign Ministry said in a statement.

The two teams, which include historians, journalists, jurists and legislators, are slated to meet for talks on Thursday, according to Ynet.

The law, set to go into effect on March 1, outlaws the use of the phrase “Polish death camps” and also criminalizes any reference to Polish links to Nazi war crimes during World War II. Violations are punishable by up to three years in prison and a steep fine.

But the Polish government has said it will not enforce the measure until the issue is addressed with Israel, which sees the bill as the country’s way of abdicating responsibility for its role in the Holocaust.

Poland’s Foreign Minister, Zbigniew Ziobro told the Polish news agency PAP on Friday the law would not be implemented until the Constitutional Court rules on the matter. 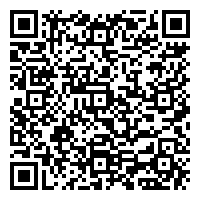