According to a statement from the Women of the Wall, about 250 of them came to pray in the women’s section at the Kotel Wednesday morning, Rosh Chodesh Adar, the first of the month of Adar (hey, two weeks until Purim!). They also said they managed to sneak a Torah scroll into the women’s section – for the second month in a row.

The chief rabbi of Tsfat, Rabbi Shmuel Eliyahu, was also on hand, on the men’s side, and joined fellow worshipers in singing and dancing.


The organizers of the non-WOW prayer said they had invited plenty of MKs who are in the final few days of running for office, but none came. On the other hand, many young men and women — the figure 2,000 was tossed around – voted with their legs and did show up. In fact, the Orthodox organizers claim many were left behind because of a shortage of buses.

The Women of the Wall claimed that despite the Orthodox’s promises to bring thousands of seminar girls to drown out and interrupt the WOW service, only a few showed up.

WOW Executive Director Yochi Rappeport said: “We are happy and proud of the privilege of reading from the Torah at the Kotel, for the second consecutive month, and share the mitzvah with so many women. It’s a big and special merit for Rosh Chodesh Adar. No one will stop us from expressing our female voices at the Kotel and praying in the holy place. When Adar enters, we increase our joy.”

The Joint Headquarters for the Preservation of the Sanctity of the Wall, on the other hand, claims that there were even more than 2,000 counter-Wow worshipers on hand Wednesday morning, and that, in fact, they were so numerous, they pushed the Women of the Wall and crowded them of the women’s section.

Here’s a video from the event, it does look like a whole lot more counter-WOW than WOW.

Anything to increase the joy. 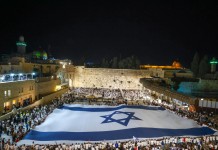 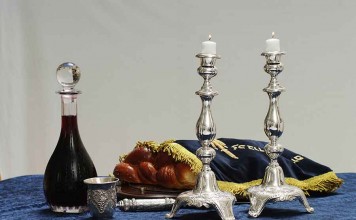 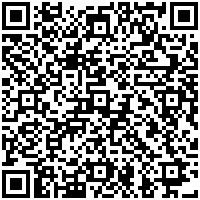