according to a new report published on Monday by NGO Monitor (EAPPI: The World Council of Churches’ Training Camp for Anti-Israel Advocacy), the Ecumenical Accompaniment Program in Palestine and Israel (EAPPI), a group operating since 2002 under the auspices of the World Council of Churches (WCC) has brought 1,800 volunteers to Judea and Samaria to “witness life under occupation” – something the WCC does not do in any other conflict zone.

“By singling out Israel, EAPPI embodies anti-Semitism, as defined in the International Holocaust Remembrance Association’s working definition,” the report argues.

According to the report, “despite marketing itself as a human rights and protection program, EAPPI places significant emphasis on political advocacy before, during, and after the trip. When volunteers return to their home countries and churches, they engage in anti-Israel advocacy, such as BDS (boycott, divestment, and sanctions) campaigns and comparing Israel to apartheid South Africa and Nazi Germany.”

The EAPPI was founded in response to requests from heads of Churches in Jerusalem. Bishop Munib Younan of the Evangelical Lutheran Church in Jordan and the Holy Land was also one of the founders.

Benjamin said “the EAPPI narrative is based on the experience of volunteers who spend several months living alongside Palestinians in the Territories, but less than a day in Israel, and then return to address audiences who know little or nothing about the reality of everyday life for those on both sides of the conflict.”

An article in the Jewish Chronicle quoted an EAPPI volunteer who said: “It is extremely difficult for them to speak out, in some ways. As you know, there is a really strong Jewish lobby in America.” The article also quoted criticism of the group for “limiting contact with Israeli realities and reinforces the Palestinian victimization narrative.”

The NGO Monitor report says EAPPI “partners with a number of political NGOs in the region, including groups that support BDS campaigns against Israel and/or that accuse Israel of ‘war crimes.’”

The significant problems with EAPPI, as laid out in the NM report, “should be seen in light of the anti-Semitism and demonization that emerges from EAPPI’s parent body—World Council of Churches—its partner groups, and affiliated staff.”

UPDATE: A senior source told TPS that EAPPI activists have likewise been involved in the direct support of terrorism.

EAPPI activists have visited the family of Palestinian terrorist Omar al-Abed, who murdered the 70-year-old Yosef Salomon, his daughter Haya, and his son Elad at their home in Neve Tsuf in July 2017.

The visit took place just a few days after the attack, and the activists gave the terrorist’s family money as well.

DMU, an organization that monitors the WCC’s actions in Israel, told TPS that EAPPI activist were also been documented visiting terrorists’ homes in Hebron as well, where they lent support to the Palestinians’ actions against the “occupation.”

The senior source said that the EAPPI activists enter Israel on tourist’s vises and present themselves as pilgrims, but actually engage in political activity, which is illegal. 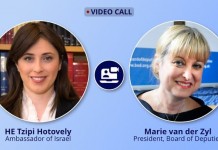 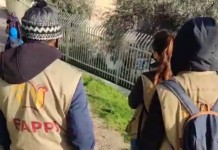 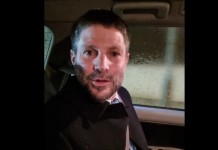 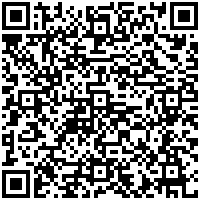