A multitude filled up the Western Wall plaza on Thursday morning, for the Priestly Blessing, an event that has been taking place twice a year, on an intermediary day of Passover and Sukkot, since 1970. The momentous event is traditionally concluded with a mass-reception by Israel’s chief rabbis.

The Torah says (Numbers 6:22-27): “God said to Moses, ‘Speak to Aharon and his sons, and tell them that this is how you are to bless the people of Israel – you are to say to them, ‘Y’varekh’kha Adonai v’yishmerekha (May God bless you and watch over you); Ya’er Adonai panav eleikha vi’y’khunekka (May God shine His face upon you and show you mercy); Yissa Adonai panav eleikha v’yasem l’kha shalom (May God lift up His face toward you and give you peace).” And God concluded: “[In this way] they are to put My name on the people of Israel, so that I will bless them.”


In his Sefer Ha’Roke’ach (Book of the Perfumer), Rabbi Eleazar of Worms (1176-1238) says that “Should three hundred Kohanim-priests stand on Mt. Olives and recite the priestly blessing, Messiah would come.” This became a realistic option after the liberation of the Old City of Jerusalem, however, much has happened since the good rabbi of Worms had made his prediction, among which was the establishment of a Jewish cemetery on Mt. Olives, which means Kohanim are banned from setting foot there. Instead, the First of Av, 5730 (August 3, 1970), was scheduled for the 300-Kohanim event to be celebrated for the first time at the Kotel instead.

The idea came from Rabbi Menachem Mendel Geffner, who turned for approval to several Hasidic Rebbes and one Lithuanian scholar, after several security-related tragic events in Israel. Av 1 is the yahrzeit (anniversary of the death) of Aharon the High Priest – the only yahrzeit mentioned in the Torah. But then Rabbi Geffner fell ill and the event was cancelled (“All the beginnings are hard,” Rashi taught us, citing the Mechilta Shabbat 87). It should be noted, incidentally, that the Litvak in the group Geffner consulted, Rabbi Yaakov Israel Kanievsky, warned him not to advertise the event, keep it quiet, “so as not to wake up Satan.” Who said Hasidim own the monopoly on mysticism?

The first mass-blessing event was rescheduled with mystical notions in mind, on Tuesday, Kislev 3, 5731 (December 1, 1970) – the third weekday on the third day of the third month in the annual calendar – with minimal advertising: one small ad in Hamodia, then the only Haredi daily newspaper, as well as a few ads on the walls in Haredi neighborhoods. Yet thousands of Jews showed up at 7 AM, and when the moment came for the priestly blessing, during the repetition of the Amida prayer, hundreds of Kohanim stretched alongside the ancient Kotel stones and, for the first time ever at that spot (since the original blessings had been uttered some twenty yards above, on the Temple Mount) blessed the assembled multitude.

The momentous event has occasionally been greeted with rocks thrown down from the Temple Mount by the current masters of the holy site, and so, each year, police take their posts in force in the compound above, to guard the safety of the Jews down below.

May we some day take a few steps up from the Kotel, and with the force of tens of thousands walk up the ramp to the place where the priestly blessing was meant to be said. 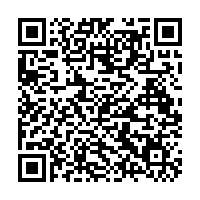