Thousands of Jews streamed to the Western Wall in the Old City of Jerusalem on Thursday to beseech the Heavens for rain to fall in the winter season – as it is promised.

Jews from all walks of life stood together as one before the ancient stones, praying in unity.

The event was organized by Agriculture Minister Uri Ariel in hopes of relieving a drought now entering its fifth year.

The mass prayer rally was held on Thursday, Dec. 28, the tenth day of the Hebrew month of Tevet, a fast day on the Jewish calendar. It’s the day on which the Babylonian army laid siege to Jerusalem in the year 589 BCE.

Also in attendance were the heads of the Moshav Movement and the chairman of the Israel Farmers’ Union aswell as the secretary-general of the religious kibbutzim.

Minister Ariel was pleased to see that the public “brought umbrellas,” an expression of faith in the prayers. He also said, however, that the government has taken other action to try and compensate for the lack of rain, by reducing the price of freshwater by 20 percent for farmers, as a start.

“We have formulated together with the Energy, Infrastructure and Water Ministry, and with the Finance Ministry, an outline adopted by the Water Authority in which there will be no cutback [on water] without compensation [to the farmers]. At the same time, the Agriculture Minister is working to invest in water-saving crops and directing the water to orchards, over field crops, while encouraging farmers to switch to more efficient uses of water.

“We will continue to make efforts to benefit the farmers,” he said. 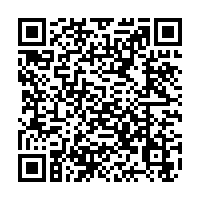