Thousands participated in the funeral of Ari Fuld overnight Monday. Fuld, may God avenge his death, was murdered by a terrorist at the Gush Etzion junction on Sunday. He was laid to rest in the Kfar Etzion cemetery.


Ari’s brother, Moshe, expressed what hundreds of thousands of Israelis felt on Sunday: “Who else could stand up to a terrorist, pull out a gun, jump over a fence and shoot the terrorist so that he won’t harm others? Ari I’m so sorry I never told you about your greatness. You’re a real giant.”

Ari’s father, Yona, eulogized him, saying: “Zion is weeping and the Land of Israel is weeping. Ari influenced thousands around the world. My son told me he was receiving thousands of letters from all over the world. Even from Saudi Arabia. He was everyone’s hero.”

“Our son was taken away by surprise,” Yona Fuld said. “He had power and desire in his love for his family and the Land of Israel. He was everyone’s hero.”

Ari’s widow Miriam said: “I don’t know how to continue without you, we were born 24 hours apart. We never knew it would end this way. You fought for what you believed in.”

Ari’s daughter Tamar said: “I said it couldn’t be my father because the terrorist was only neutralized.” She added: “Dad always told me that if life is easy – then something is wrong.”

Ari’s son Yakir said: “Dad was a fighter and he died as one.”

Ari’s brother Donny said: “Ari, you are a fighter, a man of special powers. I remember you used to coach karate and we’d be laughing. Balance was something that characterizes my brother. He was a machine gun operator and at the same time gentle, with a velvet touch, with children. Ari, you taught your children prayer, Torah and honesty.”

Ari’s brother Eitan said: “I’m a big fan of yours. You’re a kind of King David. No one in the world could beat you, a strong, healthy man. Dear, most precious brother.”

Ari’s father spoke about his son’s public activities: “Sometimes I would wake up at 3 in the morning and I would see you defending the Land of Israel all over the world. […] He understood why he was fighting for the Land of Israel. Ari’s grandmother is a Holocaust survivor. […] He was a paratrooper and a Mag (FN MAG machine gun) operator, and fought in the Second Lebanon War. He went to do reserve duty every time he was called and my mother always asked him when he would quit and he would answer, ‘Until my last breath.’ […] In the army people asked to be with him, the same at the emergency squad in Efrat.

“My son gave his life for the sanctification of God and the sanctity of the land. Had you asked, he would have told you that was the way he wanted to die. He had a passion for Torah. If he did not fight for the Land of Israel in the media, you would find him with a sacred book. From the time of his youth, he would stay up until 2 at night, and give lessons to other students, and he always continued to study. He was a hero like a lion.” 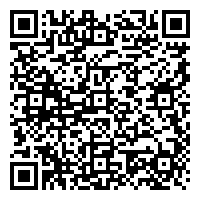