The secretary-general of the youth movement Ariel, Dvir Amior, arrived on Sunday evening with members of his movement and other demonstrators to protest near the spot where earlier on Sunday the head of the Hesder Yeshiva in Jaffa, Rabbi Eliyahu Mali, was attacked and beaten (Hesder Yeshiva Head Beaten in Jaffa, Attackers Then Post Photo to Social Media).

The attackers, Israeli Arabs, tried to prevent the rosh yeshiva from purchasing an apartment in the neighborhood.


Local Arabs who demonstrated in front of the Jewish boys called out to them: “Settlers go Home” and “Allahu Akbar.”

As has been the case with similar attacks on Jews by young Arab males last week, a photo of the attack on the hesder yeshiva’s administrator Moshe Schendowich was uploaded to social media.

Eyewitnesses said that Rabbi Mali and yeshiva administrator Moshe Schendowich had come to buy an apartment for the yeshiva and were quickly surrounded by Arab residents who began yelling at them. When one of the two Jewish men took out his cell phone to document the incident, they were both jumped and beaten by Arab men.

Prime Minister Benjamin Netanyahu, who has been attempting in recent weeks to make inroads into the Israeli Arab population, condemned the attack and thanked the police for the speedy arrest of two suspects. The PM said he expected the attackers to be prosecuted “to the fullest extent of the law.”

The catcalls from the Arab mob on Sunday night, calling Jews looking to live in Tel Aviv-Yaffo “settlers,” should serve as a reminder that as far as many Arabs are concerned, Tel Aviv and Judea and Samaria all fall under the definition of “occupied land.” 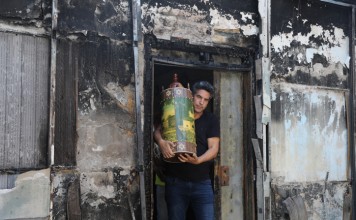 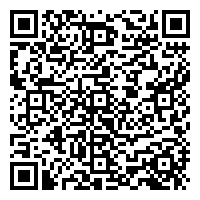