On Tuesday, MK Sharren Haskel (New Hope) hosted a conference in the Knesset titled “Combating De-Legitimization in a Changing World” that followed a new report by NGO Monitor about billions of dollars that have been funneled from most European Union countries to some 100 anti-Israel Arab NGOs that are heavily involved in the Boycott, Divestment, and Sanctions (BDS) movement.

NGO Monitor suggested that Israel should be concerned not only about the huge amount of funding, but of the fact that funding BDS has become an official and overt policy for these EU governments. While in the past, the grants were awarded under the guise of support for human rights, today those European funds are openly dedicated to providing information to the International Criminal Court in the Hague against Israel, or to boost the Palestinian narrative and the effectiveness of the Palestinian lobby in the European Union, NGO Monitor warned.


At some point during Tuesday’s conference, Minister of Diaspora Affairs Nachman Shai (Labor) said that he’s not willing to accept the claim that every act of the BDS is antisemitic, but there are certainly antisemitic dimensions to this movement as well.

Needless to say, this was not received well by the right-wing participants, one of whom, Yamina’s rogue MK Amichai Chikli tweeted rather cleverly, referencing Job 1:18: “While this one was still speaking, yet another one came,” which describes the rush of announcements that inform poor Job of his having lost all his possessions and most of his loved ones. Chikli illustrated the flow of anti-settlements statements in only two days, from Internal Security Minister Omer Barlev’s vilification of “violent settlers” which he shared with Undersecretary of State Victoria Nuland, to Minister Nachman Shai defending the motives of BDS activists.

“After the Internal Security Minister officially joined B’Tselem’s ‘Settler Violence’ campaign, the Diaspora Minister defends the BDS movement and claims at a conference whose declared goal is to fight the boycott that he is ‘unwilling to accept the claim that every act of the BDS is antisemitic.’ This is the first post-Zionist government in the history of the State of Israel,” Chikli tweeted.

This requires some examination. For one thing, this reporter believes that the first post-Zionist Israeli government was the late PM Yitzhak Rabin’s Labor-Meretz government that for the first time endorsed a Palestinian State. There was another post-Zionist government, under the late PM Ariel Sharon, that withdrew unilaterally from the Gaza Strip and exiled from there some 8,000 Jewish settlers. But with Defense Minister Benny Gantz befriending Mahmoud Abbas in Ramallah and these two Labor ministers, together with Labor Chairwoman Merav Michali, are on a tear against the settlement enterprise, this can definitely be defined as the third post-Zionist Israeli government.

But was Minister Shai wrong in his assertion that you don’t have to be an antisemite to support the BDS movement?

The official BDS movement demands that Israel end its “three forms of injustices that infringe international law and Palestinian rights” by:

It’s important to remember those fundamental principles of BDS, and understand that, unlike popular perception, it is not targeting the “occupation,” or the Jewish settlements alone. The second and third principles essentially require the dismantling of the Jewish State we know and love (well, most of us do).

These three demands, which were enshrined in the BDS Call declaration, are non-negotiable to the BDS members. Omar Barghouti, a founding committee member of the Palestinian Campaign for the Academic and Cultural Boycott of Israel, and a leader of the BDS movement, recipient of the 2017 Gandhi Peace Award, in 2011 cited Archbishop Desmond Tutu in his statement: “I am not interested in picking up crumbs of compassion thrown from the table of someone who considers himself my master. I want the full menu of rights.”

Barghouti, who holds a master’s degree in philosophy from Tel Aviv University, also wrote: “Ending the largely discernible aspects of Israeli occupation while maintaining effective control over most of the Palestinian territory occupied in 1967 ‘in return’ for Palestinians’ accepting Israel’s annexation of the largest colonial blocks … has become the basic formula for the so-called peaceful settlement endorsed by the world’s hegemonic powers and acquiesced to by an unelected, unrepresentative, unprincipled, and visionless Palestinian ‘leadership.’ The entire spectrum of Zionist parties in Israel and their supporters in the West, with few exceptions, ostensibly accept this unjust and illegal formula as the ‘only offer’ on the table for the Palestinians—or else the menacing Israeli bludgeon.”

In other words, Barghouti opposes a Palestinian State alongside the State of Israel. He wants the whole thing, which would require the annihilation of Israel. There’s no discernable difference between him and the terrorist gang Hamas on this point, except that they earned their degrees in Cairo.

I checked the International Holocaust Remembrance Alliance (IHRA) definitions of antisemitism, in an attempt to examine Minister Shai’s statement on non-antisemitic BDS supporters. One of the IHRA definitions reads: “Applying double standards by requiring of [Israel] a behavior not expected or demanded of any other democratic nation.”

How many Jews are allowed to buy land and settle in Judea and Samaria as residents of the Palestinian Authority? The answer is zero. In fact, anyone who sells land to Jews in Judea and Samaria risks the death penalty. Is this a blatant Apartheid policy? You bet. We could also ask how many Jews reside under Hama’s rule in the Gaza Strip. The answer is: four. Two dead and two alive, and the live ones are hostages in prison.

Minister Shai, seeing as the BDS movement attacks Israel for not respecting the rights of Palestinians while ignoring the same policies undertaken by the PA and Hamas, qualifies as antisemitism.

But the problem is, of course, that all the post-Zionist ministers in the Lapid-Bennett government—Gantz, Barlev, Shai, and Michaeli—are as eager to expel the Jews from Judea and Samaria as the BDS activists are, and that’s the reason Minister Shai cleared them of antisemitism as he did. 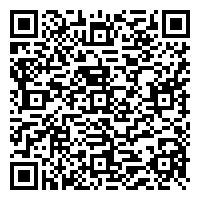