Alternative Prime Minister and Foreign Minister Yair Lapid (Yesh Atid) on Monday evening filed an appeal against the decision of the Ministerial Legislation Committee to approve opposition Religious Zionism MK Simcha Rotman’s version of the Citizenship Law, a.k.a. The Citizenship and Entry into Israel Law, a.k.a. Temporary Order 5763.

“I was a member in two coalition governments and I did not see anything like a law being passed by the Ministerial Committee for Legislation and then there are coalition parties that decide they don’t obey the coalition discipline and do whatever they feel like.”


“The wording of this law has not changed in 18 years,” Shaked added, and she was right. “That’s why we need the help of the opposition,” she explained – with such resistance to common sense, security legislation that guards against the unobstructed flow of PA Arabs into Israel, extreme measures were required.

Temporary Order 5763 was first passed on July 31, 2003, and most recently extended in June 2020 only to expire on July 6, 2021, over the opposition’s reluctance to make the coalition government’s job too easy, even at the expense of national security. The order, which was never enacted as a full law and had an annual sunset, makes non-Israeli inhabitants of Judea, Samaria, and Gaza ineligible for the automatic granting of Israeli citizenship and residency permits normally available to Israeli citizens via family reunification.

On Sunday, the Citizenship bill was approved by the Ministerial Legislation Committee, over the objections of Ministers Tamar Zandberg (Meretz), Karine Elharrar (Yesh Atid), and Meir Cohen (Yesh Atid), with Minister Nachman Shai (Labor) abstaining. Justice Minister Gideon Sa’ar, who chairs the committee, told the objectors, including the Ra’am MKs: “You will not be able to prevent the approval of this law. The higher you climb, the lower you’ll fall.”

But then Lapid put his thumb on the scale and the Justice Minister’s vow became a touch iffier.

According to Rotman, the verifiable quotas are intended to deal “with a situation where, for the first time in the history of the State of Israel, there are elements within the coalition who are interested in the entry of Arab residents of Judea and Samaria into Israel in large numbers.”

Needless to say, the left hated it. But their beef wasn’t with Rothman, who, as a member of the opposition does not have a say in this internal coalition struggle. The reason Shaked decided to use his version had to do with her previous failure to elicit support for this crucial bill both inside and outside the coalition. By running Rothman’s version she was hopefully guaranteed the support of Religious Zionism and maybe some Likud members, or, as Gideon Sa’ar put it: ” You will not be able to prevent the approval of this law.”

MK Michal Rozin (Meretz) was among the outraged. She told Channel 12 News: “I have no problem with the right, only with Interior Minister Ayelet Shaked over the Citizenship Law. We understand and the right also understands that this breach of trust will ultimately hurt the entire political system, and them as well.”

Possibly. It could do the opposite, of course: the Citizenship Law could serve as the bridge for future peace between the two right-wing Zionist parties in the coalition and the two across the aisle. And then, as soon as Opposition Leader Benjamin Netanyahu signs his plea deal and moves to Caesarea with the wife and kids, Yamina and New Hope would run across that bridge back home, to join a 60+ right-wing only coalition government.

And that’s something Alternative Prime Minister and Foreign Minister Yair Lapid will not allow. 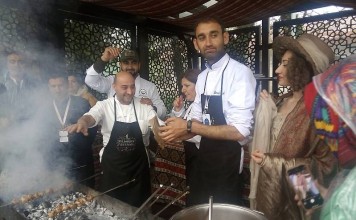