Still-Prime Minister Yair Lapid on Friday morning called on the heads of Israel’s municipalities not to cooperate with the unit responsible for external study programs in schools if it is turned over as planned to Noam Chairman Avi Maoz. Lapid called the Noam party “extremist, racist, homophobic, and dangerous,” and appealed to mayors and regional councils to act as “gatekeepers” to “a liberal national education system.”

On Thursday, Lapid said that “the new government being established in Israel has abandoned the education of our children and handed them over to the most extreme and dark elements in Israeli society.”

The Noam party advocates religious tradition and condemns the progressive elements that have taken over large areas of Israel’s society, including the schools and the military.

Religious Zionism MK Simcha Rothman tweeted in response: “It is illegal to call on municipalities not to cooperate with a governmental unit because you disapprove of the elected government and the minister that is in charge. It is a criminal offense and for a PM that just lost the elections doing so is worse than an attack on The Capitol.”

Good point. In general, it’s amazing how, after strings of center-left ministers such as, most recently, Ze’ev Elkin (National Camp), have announced that, unlike the right-wing opposition, they would conduct themselves in a civilized manner, the Lapid crowd is banging the drums of revolution even before there’s a government in place, much less a single decision made by Avi Maoz.

The Noam party supports strengthening Shabbat in the public sphere in Israel, strengthening the Chief Rabbinate, and preventing the influence of feminist and pro-LGBTQ groups on the IDF. One of its main goals is to limit the expansion of the LGBTQ movement, especially its role in what it calls “the destruction of the family.” The Noam party believes that a family is made up of a father and a mother, other varieties are not applicable.

Meanwhile, Chief Justice of the Supreme Court Esther Hayut came out with this disturbing statement:

“I have no doubt that thanks to the great dedication and the sense of mission and commitment of each and every one of us to our role as public servants and to justice, we will continue to stand firm even in the face of the thunder and lightning that can be heard and seen at this time. They are directed toward us and herald, it seems, the coming of a storm. But when the law, and it alone, is before our eyes, we can beat it.”

Yes, the public official who must remain above politics more than anyone else just compared the recent elections to a thunderstorm that threatens the justice system.

MK Rothman had something to say about that one, too, and suggested Hayut may have transgressed some major ethical principles with her statement.

To give you an idea of how “extremist” the Noam party is: the Lapid government announced it is considering erecting an official memorial to the Egyptian commando soldiers who were killed near Kibbutz Nachshon during the Six Day War.

Noam tweeted in response: “Only in Lapid’s everybody’s state is it possible to come up with such an absurd idea as erecting a monument in memory of the enemy soldiers who tried to destroy us.”

Defense Minister Benny Gantz responded: “Egypt is a strategic partner of the State of Israel, it is the first neighboring country to sign a peace agreement with us, and relations with it make a critical contribution to regional stability and Israel’s security at all times, and in particular during times of fighting against the Gaza Strip and terrorism in Sinai.”

Which goes to show you that even experienced generals can offer idiotic excuses in response to rational challenges. Let us hope that at least the monument thing will be struck down by the incoming Netanyahu government, although I wouldn’t count on it. 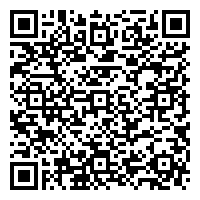