The first poll following the closing of the election lists on Thursday was issued with great fanfare by Kan 11 News Saturday night, and it reveals that, 1. Nothing has changed on the ground, other than the fact that Balad, the crazy, hateful, anti-Israeli Arab list that’s been dumped from the Joint Arab List will not make the cut, remaining well below the 3.25% vote threshold, leaves their former partners with only 4 mandates; and, 2. Everything has changed on the ground because now Lapid can rely on the Joint Arab List to recommend him to the President to take a stab at cobbling a new coalition government.

However, while the right-of-center bloc is certain to recommend Likud Chairman Benjamin Netanyahu to the President, there’s no telling who will recommend Lapid among the left-of-center parties. Israel Beiteinu’s Chairman Avigdor Liberman already said he would recommend himself; and Benny Gantz prefers Benny Gantz.

Left at the curb with less than 2% are Ayelet Shaked and Habayit Hayehudi, a weird young and very vocal woman named Hadar Muchtar with a list called Burning Youths, and Balad.

You may recall that on Friday I suggested that by dropping Balad, its two sister parties, Hadash and Ta’al, became kosher for Lapid to accept in some fashion into his coalition (Joint Arab List’s Split May Be Plot to Help Lapid Forge 61-Seat Coalition). Well, now it’s a reality, and the formerly-pariah Joint List has now been welcomed into the mainstream. And all it took was a simple surgical procedure.

Like I said, it isn’t clear that the entire left-of-center bloc will recommend the leader of their biggest party, Prime Minister Yair Lapid. Benny Gantz sees himself as the best man for the job, as does Liberman, and Lapid will have to pay dearly to secure their support.

In the right-of-center block, it’s nice to see that Smotrich and Ben Gvir have gained at least the traditional 12 mandates that used to go to the NRP. In fact, the Channel 13 poll gives them 13 mandates, which they take away from Likud. So, for now, the blocs are settled and it’s down to which one can push ahead to 61 seats.

The answer to that will come solely from the Arab voters. If they turn out in any way that matches their share of the population, they could have 20 MKs. But this year, the best that can be expected in the Arab sector is 40%. By the way, in local elections for the Arab municipalities, the voter turnout can be as high as 90%. Which means Arab voters simply don’t trust their politicians and don’t believe it makes a difference who is in government, they will remain outsiders.

Yair Lapid was advised to place an Arab candidate at a realistic spot on his party’s election slate. He didn’t. Meanwhile, Meretz, which last year featured two Arab MKs, one of whom served as a government minister, this time around does not have an Arab in a realistic spot.

Fewer Arab voters could mean more Netanyahu mandates, except that Ayelet Shaked could be a big spoiler for the right if she gets just under the threshold – that’s three mandates lost.

Here’s what Netanyahu can do: instead of fighting Shaked to the point of demonizing her and Habayit Hayehudi, he should offer her a deal: she renounces her list and recommends to her voters to support Likud, and in return, she receives her favorite ministerial post at Justice. It’s a possibility on paper, but there’s so much bad blood between Shaked and Sara Netanyahu, that it might not be possible in real life.

One more scenario: It’s now mid-December 2022, both Netanyahu and Lapid have failed to establish a majority coalition government, and UTJ recommends Benny Gantz to the President. In addition to the financial remuneration, they would likely exact for their move, they would also demand that Liberman, the sworn enemy of Haredim, be excluded. Now we’ll have:

It’s a nightmare scenario, I admit, but that doesn’t mean it’s not going to happen. 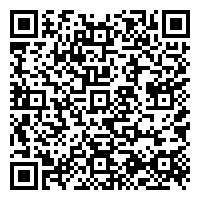