Prime Minister Benjamin Netanyahu slammed a ruling by the Court of Justice of the European Union (CJEU) which mandates that Israeli products coming from Judea, Samaria, eastern Jerusalem, and the Golan Heights must be labeled as coming from “settlements,” charging that the EU was sanctioning Israel while refusing to act against Iran.

Meeting with members of the American Israel Public Affairs Committee (AIPAC) in Jerusalem on Wednesday, Netanyahu said that “while the EU chooses not to join the sanctions on Iran, it imposes economic-diplomatic restrictions on Israel.”

Europe has taken no action against the Islamic Republic of Iran, despite its blatant breach of the 2015 nuclear deal with them and despite the recommencement of its nuclear program.

Netanyahu thanked the US and Secretary of State Mike Pompeo for their “strong stand alongside Israel on this issue.”

A State Department spokesperson stated Wednesday that the US is “deeply concerned by the EU requirement,” saying that the “circumstances surrounding the labeling requirement in the specific facts presented to the Court are suggestive of anti-Israel bias.”

”This requirement serves only to encourage, facilitate, and promote boycotts, divestments, and sanctions (BDS) against Israel,” the US charged. The US “unequivocally opposes any effort to engage in BDS, or to otherwise economically pressure, isolate, or otherwise delegitimize Israel.”

“America stands with Israel against efforts to economically pressure, isolate, or delegitimize it,” the statement said.

Israel and several organizations have vowed to fight the ruling. 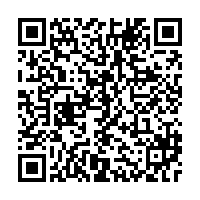