Prime Minister Benjamin Netanyahu on Monday morning met with the heads of China’s largest corporations, each of which has a turnover of tens of billions of dollars. They included the chairs of Wanda, Alibaba, Wahaha, Lenovo and Baidu.

Netanyahu expressed Israel’s willingness to continue opening to the Chinese market and to increase bilateral trade. He touted investing in Israel with its “unique human capital.”

Accompanying the PM on his visit are Economy Minister Eli Cohen, Environmental Protection Minister Zeev Elkin and Health Minister Yaakov Litzman. Netanyahu has called on them to cooperate with Israeli companies in Israel, in China and in other countries around the world.

Prime Minister Netanyahu said in a statement: “I just met with 11 heads of the largest corporations in China. A major portion of them are investing in Israel and a major portion of them will invest in Israel. This means jobs, the development of businesses and a link to the major Chinese markets. This is good for the citizens of Israel and for the Israeli economy. I told them that in today’s world there are several concentrations of technology, not many, the US, Israel, and Israel is open for business with China.”

Later, the PM attended a business / economic forum with more than 600 Israeli and Chinese business executives. He advised Chinese business to adopt Israeli technology in order to continue raising the standard of living in China.

The Israeli delegation to the forum – organized under the aegis of the Export Institute – is composed of dozens of business persons from a variety of industries and companies, including IDE, Bank Leumi, Bank Hapoalim, Tnuva, and NaanDanJain, which either operate in China or are interested in penetrating the Chinese market. Delegation members are meeting with hundreds of Chinese business persons.

The forum was organized by Economy and Industry Ministry commercial attaches at Israel’s missions in China. 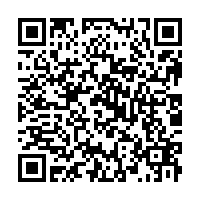