The Rennert family donated a Sefer Torah in memory of Ari Fuld, HYD, on Saturday evening, Sept. 22, 2018. The event was held in the office of Rav Aharon Bina at Yeshivat Netiv Aryeh.

Ari was a student of Rav Bina, and every Thursday night, for the past 15 years, Ari would come to the Yeshiva to learn, teach and sing.

At the ceremony, members of the Fuld family and friends took turns writing the final letters in the Sefer Torah.

Two beautiful Torah covers were also made and written on them is the following inscription:

In memory of
The Hero HaRav Ari Yoel Fuld Hy”d
Son of Harav Yonah and Golda Chaya Mendel
Sanctified the name of the Almighty in his life
and in his death
“Behold a people that riseth up as a lioness,
and as a lion doth he lift himself up”

Ari was murdered by an Arab terrorist in Gush Etzion, yet despite his mortal wounds, Ari heroically managed to pull out his gun and neutralize the terrorist before he could harm or kill anyone else. 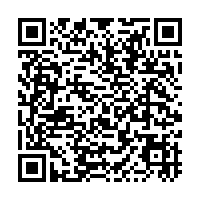