Palestinian Authority (PA) head Mahmoud Abbas has heavily influenced Israel’s democratic process and has pressured the anti-Zionist Joint Arab List faction in the Knesset to recommend Blue and White leader Benny Gantz to form the next government, TPS has learned.

All 15 members of the Joint List on recommended on Sunday to President Reuven Rivlin that he task Gantz, and not Prime Minister Benjamin Netanyahu, with forming the next government.


Following the exposure of Israeli journalist Yishai Friedman who tweeted on Sunday about Balad activists who said they were pressured by Abbas to recommend Gantz as prime minister, TPS has revealed the relationship and contacts behind the scenes.

Balad is one of the parties of which comprises the Joint Arab List. It is considered the most anti-Zionist of the three parties.

Nadav Frankovich, a member of the Balad party, tweeted a few days ago about two Balad activists who said that the PA had, in recent days, pushed Balad to join in the recommendation of Gantz for prime minister.

Frankovich wrote that Mourad Haddad, a member of Balad’s political bureau, said that the PA “is making great efforts to make the Joint List recommend the war criminal from Blue and White,” meaning Gantz, a former IDF chief of staff.

“All night, the phones from Ramallah did not stop to personalities in all the factions on the Joint List,” Haddad further added. “The Palestinian Authority is a shame and a disgrace.”

Haddad was previously Hanin Zoabi’s political adviser and became famous in April 2018 when he demanded the removal of Israeli flags from Shfaram Square, where he lives. Various officials in Israel identify Haddad as “one of the strongest people in Balad’s secretariat.”

Frankovich also wrote in a tweet that Samir Bransi, another Balad activist, wrote that “Palestinian millionaire Mahmoud Abbas is weighing all his weight for the recommendation and was making direct calls to the leadership of the Joint List.”

PA sources told TPS Monday that Abbas, as a general rule, is wary of any contact with political parties in Israel and this mission is fulfilled by Hussein a-Sheikh, the PA’s Minister of Civil Affairs, and by Muhammad Al Madani, the head of the PA’s Commission for Interaction with Israeli Society.

“Tibi’s golden days with Arafat have long since passed away, and like all of Arafat’s associates, he has been removed from Abu Mazen’s circles,” a Ramallah official shared.

Another PA source close to the PA’s leadership said that Abbas maintains a very positive relationship with Joint List heads Iman Odeh and Muhammad Barakha, and may have encouraged them to take advantage of the political opportunity, even though the Joint List has clear goals and a strong desire to merge into the political system in Israel, so pressure from Abbas may not have been required in this case.

Another official familiar with the complicated PA relationships told TPS that although Tibi and Abbas’ relationship is tense, Tibi’s relative, Osama Saadi, is serving as an envoy on his behalf and is considered a welcome guest by the Palestinian Authority, and until recently was paid by them for the legal services he provided.

F.A., one of the key Fatah operatives in Dahlan’s camp, confirmed Monday that Abbas’ relations with Tibi and the Balad MKs are shakey, but added that the relations between senior members of Fatah’s central committee and Balad members have been very good, and Abbas recently sent a series of messages to the Balad party through various figures urging them to vote together with the other parts of the Joint List for Gantz.

It should be noted that ahead of the April 2019 election campaign, a document was published in the PA media in which al Madani asked Abbas to donate NIS 15 million in favor of the Israeli elections, and even claimed that this was with the approval and knowledge of Saeb Erekat.

Madani wrote to Abbas that the money was needed to support the forces and parties and public figures “on the other side,” referring to Israeli elections.

TPS has reported that Qatar expressed dissatisfaction with the funding provided by Abbas to the secular parties on the Joint List while trying to push away the Qatar-affiliated Islamic entities.

TPS revealed that even before last April’s elections, the PA was working to ensure that the Joint List would consolidate all its factions, fearing that Ahmad Tibi would compete on a separate list.

A query that TPS sent to relevant PA officials, including a series of questions about relations and involvement in Israel’s elections, was not answered, but Madani denied the news in the PA and Israeli media.

In a statement to TPS, Saadi denied the reports and rejected them as “lies,” stating that the Joint List decided on the recommendation for Gantz “after discussions within the parties and in light of a democratic decision within the faction, without the external involvement of any party.”

Saadi did not address an explicit question regarding the fees he was allegedly paid by the Palestinian Authority.

A Joint List spokesperson declined to respond to TPS’ inquiry. 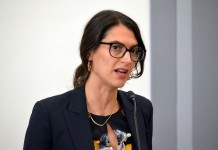 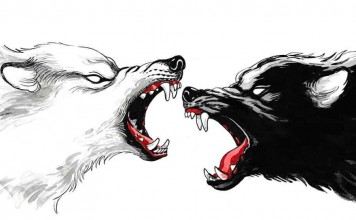 Is It Proper…? Should one take sides in a family fight? If yes, under what circumstances? 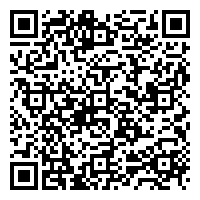