Speaking against the background of tensions over the past week between Orthodox and non-Orthodox Jews about their influence on government decisions in Israel, Rabbi Shlomo Riskin, chief rabbi of Efrat in Gush Etzion, on Tuesday told a conference titled “Us and the Jewish Nation in the Diaspora” that he sees “the Reform and Conservative movements as my partners and as part of Israel.”

The conference was organized by the Strauss-Amiel Institute of Ohr Torah Stone, which graduates emissaries to Jewish communities in the Diaspora, in cooperation with the Diaspora Ministry and the Herzog Academic College.


Rabbi Riskin, head of Or Torah Stone Institute, who used to be the spiritual leader of Lincoln Square Synagogue in Manhattan, said that “there is a reciprocal relationship between Diaspora Jewry and Israel, which is very important, even vital for us.”

“Diaspora Jewry includes intermarriage and assimilation, and it is greatly important to explain to them about Independence Day and Jerusalem and the things we can give them so they can be Jewish.”

“What can the Diaspora give us?” Rabbi Riskin asked, and answered: “First and foremost, the idea of pluralism, that these, and these, too, are the words of the living God.”

“In America everyone must be free to pray and worship God whichever way they choose,” Riskin continued. “The average American Jew can accept that Orthodoxy is the institutionalized form of Judaism in Israel, but they are not willing to accept the fact that anyone belonging to a different movement and prays in a different way can’t get a respectable spot at the Western Wall.”

“There is room for various prayers in God’s house of prayer,” Riskin said, adding, “I am a very proud Orthodox Rabbi, but I see the Reform and Conservative as my partners and as part of Israel, and I am not prepared to categorize them as apocryphal or as gentiles the way the rabbinic religious establishment does.”

Rabbi David Stav, Co-Chair of Ohr Torah Stone, told the conference: “Hundreds of thousands of our brethren Jews assimilate within the nations of the land and are cut off from Israel and the Jewish people, and we treat it with equanimity.”

Dvir Kahana, Director General of the Ministry of Diaspora Affairs, said: “We are in the midst of a historical catastrophe that the Jewish people has not experience either during the destruction of the Second Temple or during the exile of the Ten Tribes. 15% of Diaspora Jews are Orthodox, and another 7-8% are somehow connected to the Israeli community. About eight million Jews, who make up about 85% of Diaspora Jewry, have no link to Israel or to Jewish identity on a daily level.”

Kahana insisted that it is the duty of the Jewish State to invest in healing the current crisis of Jewish communities abroad. “We have a national responsibility to expand our reach to more parts of the Jewish world,” he said. 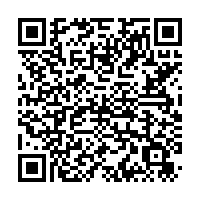