The Lapid-Bennett government on Wednesday approved the establishment of a new Bedouin city and three rural Bedouin settlements, the purpose of which is to gather the dispersed Bedouin who are squatting illegally around the Negev desert into permanent, regulated settlements.

The Regavim movement said on Wednesday that the decision was reached despite heavy pressure from coalition partner Ra’am to change key elements of the plan.


The Islamist Ra’am party enjoys great support among Bedouin voters. A 2003 analysis by Ben-Gurion University revealed that 41.3% of the votes for the 16th Knesset by Bedouin living in legally recognized settlements were given to Ra’am, and 46.8% of the Bedouin from the illegal settlements. In 2003, the Bedouin votes constituted 15.9% of the total Ra’am votes. The Bedouin in the Negev are about 10% of Israeli Arabs.

Despite the pressure from Ra’am, the wording of the proposed resolution is almost identical to the proposal promoted by the previous government headed by Netanyahu, Regavim pointed out. The agreed wording was formulated based on the work of Regavim staff in cooperation with Interior Minister Ayelet Shaked’s office over the past few months.

Regavim CEO Meir Deutsch said after the government’s decision: “The things we said then are also true today: the government decision in question represents is a chance alongside a risk. On the one hand, this is an opportunity to change the face of the Negev, return the land to the State of Israel, and begin gathering the dispersed Bedouin from the open areas of the Negev into the legal settlements – instead of increasing the fictitious expansion of existing settlements more and more, as has been the practice over the past decade. This decision of the new government sets conditions for the evacuation of the scattered settlements to the permanent settlements within a fixed period of time, and if these conditions are not met –- the establishment of the settlements would be canceled.”

“On the other hand, the burden of proof is on the government,” Deutch continued. “To this day, Israeli governments have known how to give away carrots but refrained from enforcing the sticks. This plan, too, is made up of sticks and carrots, and the government must prove that it intends to implement the move to the end, including the evacuation of the dispersed and the return of the land to the state – and not continue with the wrong policy of expanding the territories given to the Bedouin sector.”

Deutch then struck an optimistic note, saying, “If the government plan is fully implemented, with its sticks and carrots, it would be an opportunity for pushing the Negev toward a better future, and for the return of [stolen] land to the state.” 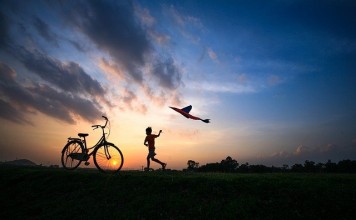