Reporter Ben Caspit tweeted Wednesday morning: “Tip for Benny Gantz: if you cause the government to collapse over the public transport reform or evacuation of Homesh, won’t escape responsibility. On the contrary. You know the alternative, it carved your flesh.”

Caspit’s last line was a reference to Gantz’s torture under then-Prime Minister Benjamin Netanyahu who treated his defense minister and, as agreed and signed, his eventual replacement, like a sock puppet.

On Wednesday, the Knesset is scheduled to debate a bill calling to repeal Israel’s 2005 Disengagement Law. According to the authors, Likud MKs Yuli Edelstein and Miki Zohar, it’s time to reduce the damage caused by the disengagement “after not one of the goals of the disengagement plan was realized, and because instead of benefits, it has led to immense damages, it is becoming clearer how great was the injustice done to citizens whose evictions and displacement the laws legitimized.”

It’s not clear whether Gantz and his Blue & White coalition faction would support the bill which is gathering popularity among Israelis.

Since taking office in the Lapid-Bennett government, Defense Minister Gantz, who enjoys authoritarian powers over Judea and Samaria––officially still an occupied territory governed by the conquering Israeli military––has been moving to the left and showing a kind of hostility to Israeli settlers we haven’t witnessed since the Rabin government.

One of the most frequent victims of the DM’s open hostility has been the Homesh outpost in northern Samaria, where nine days after the December 2021 murder of yeshiva student Yehuda Dimentman H’yd at the hands of Arab terrorists, Police, Border Police, and Army units began to demolish family homes and a boarding facility in Homesh.

Then, on January 4, 2022, large police forces arrived at Homesh in the northern Samarian hills, disconnected and sabotaged the electrical system of the Homesh Yeshiva that has stood at the outpost for years, and demolished structures and tents of families who came to strengthen and support the people of Homesh.

Homesh was established as a legal settlement in 1978. In fact, it began as a largely secular community, but during the second intifada, many residents left and were replaced by national-religious arrivals. Then, in August 2005, the residents of Homesh were forcefully evicted from their homes––which were demolished by the IDF––as part of the Israeli disengagement from Gaza and four settlements in northern Samaria.

Israel has been torn by the 2005 “disengagement,” which was the whitewashed term for the secret deal between corrupt Prime Minister Ariel Sharon and the state prosecution that let him off the hook on several financial scandals in exchange for the unilateral uprooting of the Jewish families in Gaza, and a few in Samaria. Former Prime Minister Benjamin Netanyahu, then Sharon’s finance minister, supported the expulsion until just before the bitter end, as did many Likud politicians who followed Sharon into the now-defunct Kadima party.

In an attempt to correct the past transgressions of many of their colleagues on the right, Edelstein and Zohar included in their bill a call “to abolish the sections in which the prohibitions on entry and stay in the territories that were evacuated as part of the disengagement plan were determined and revoked the rights of those who lived in them.”

Should it be approved, the new law would affect directly one distinct group: the Homesh yeshiva staff and students who have been entangled in a game of cats and mice with Gantz’s henchmen since the murder of their loved one.

On Tuesday, the Homesh residents launched a new online campaign ahead of the Knesset vote, under the headline “Homesh has a majority in the Knesset.” The campaign calls on all the MKs, of the opposition and coalition alike, who in the past supported the repeal of the Disengagement Law, asking them to drop their differences and bring back Homesh.

The bill is endorsed by more than 40 MK, including opposition chairman and former Prime Minister Benjamin Netanyahu. 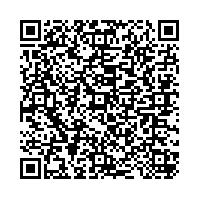