Senior officials in Benny Gantz’s circle said on Thursday that the Blue&White party’s condition for resuming and promoting the coalition talks with Likud was that Netanyahu would come to the talks as the representative of his Likud party alone, and dump his partners in the 55-seat rightwing bloc. Only with this condition would Blue&White agree to a rotation government, Reshet Bet radio reported.

Blue&White MK Yoaz Handel (who worked as head of the National Hasbarah Network under Netanyahu), told Reshet Bet that a third election would be disastrous for Israel, and that his party would do anything to establish a Zionist unity government “without extremists.”

That’s code for the Yamina party, last vestige of religious Zionism in the Knesset.

Handel said that his party had three conditions, actually: that Netanyahu cannot serve under an indictment; that Likud would not force its rightwing bloc partners on a coalition government; and that Likud stop its “blame game” against Blue&White.

Hey, the man does Hasbarah for a living.

Meanwhile, a semi-scandal erupted on Wednesday, when Joint Arab List chairman Ayman Odeh said that MK Ofer Shelah (Blue&White) asked him to reduce the number of his party endorsements of Gantz to the president from 13 to 10, to ensure that Gantz does not have more endorsements than Netanyahu, so that President Rivlin would give the first try to form a coalition to Netanyahu.

Shelah was asked about Odeh’s revelation (they originally pinned the 3-member drop in endorsement on the Balad party’s refusal to endorse Zionists, any Zionists), and did not deny it.

It turns out that as early as Sunday, while conducting their negotiations with Likud, Blue&White decided they would prefer the mandate be given first to Netanyahu, hoping he would fail and the mandate would then be given to Gantz.

Blue&White officials this week told Haaretz: “We came to the conclusion that whoever tried to form the government first would fail, and so we prefer to get the assignment once the various parties are ready to be flexible and not when they are still sticking to their guns.”

Minister Yariv Levin, who heads the rightwing negotiating team, on Thursday morning made it clear that Likud is ready and willing to conduct negotiations based on the outline proposed by the president, namely that Netanyahu would serve as prime minister first, with Gantz serving as his deputy, and should there be an indictment, Netanyahu would take a “disability” leave of absence, and remain the prime minister, while Gantz takes over with all the authority of a prime minister.

“We understand that if we go to a unity government with Blue&White Netanyahu would not be prime minister the entire term,” Levin said, adding, “It’s time that Blue&White, too, realize that there is no other government and no other alternative. It’s not what we hoped for, but it’s much better than a third election, which must be prevented at all cost.”

Likud Minister Yuval Steinitz told Reshet Bet that there would be a unity government, if only Benny Gantz demonstrated some leadership and stand up to the “extremists” in his party, namely his co-chairman Yair Lapid.

For Lapid, a rotation government would kill his own rotation deal with Benny Gantz (Lapid, who never graduated from high school, is not great with simple fractions).

“Because of the internal disagreements between Gantz and Lapid, they gave the cold shoulder to the president’s idea for a national unity government,” Steinitz said. 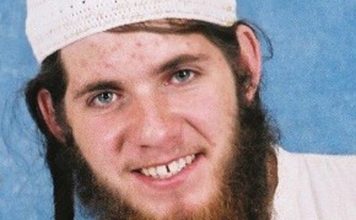