Alternate Prime Minister and Defense Minister Benny Gantz on Tuesday sought yet another postponement of the Supreme Court’s order to apply the IDF draft across the board, which is code for Haredim. To remind you, Netanyahu initially dispersed the Knesset and called for new elections to—among other things—avoid having to deal with the court’s insistence on the “equal burden” doctrine in applying the draft. Gantz is asking for a three-month extension, seeing as the new government has only just been inaugurated.

In its statement to the High Court Tuesday, the state seeks to inform the court that the issues of the revoked draft law and the need to regulate the military and national civil service of yeshiva students whose learning is their profession (Toratam Umnutam, in Hebrew) has been brought to the defense minister’s attention when he took office. Also, the state promised the court that, in keeping with the coalition agreement, the IDF draft law will be submitted shortly based on the requirements of the IDF and the Ministry of Defense.


To remind you yet again, this business of delivering a new, better draft law has been going on since at least 2012. In 2002, the Knesset passed the temporary Tal Law, sanctioning the draft exemption to Haredi yeshiva students. In February 2012, the High Court ruled the law was unconstitutional. PM Benjamin Netanyahu’s entire time in office, starting in 2009, was marked by his effort to settle two diametrically opposed positions: the court’s insistence that all Israeli citizens are equal and must therefore serve in the army, and the Haredi parties’ belief that by studying Torah Haredi youths are doing their share to defend the country.

Earlier this year, Prime Minister Netanyahu and then Defense Minister Naftali Bennett asked the High Court for an extension until June 16, because at the time there was no government in place which could submit a new draft bill. June 16 is next week.

See you on September 16. 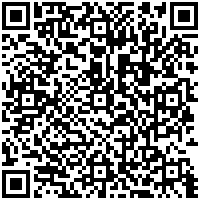