Outgoing Health Minister Yaakov Litzman (UTJ) on Sunday told Yaakov Eichler on Reshet Bet radio that he believed that too much panic had been involved in preparing for the coronavirus outbreak, and that Prime Minister Benjamin Netanyahu “responds to the fears of Health Ministry Director General Moshe Bar Siman-Tov.”


Minister Litzman added: “I, too, thought there was unnecessary panic. As soon as my CEO said he was worried that there would be ten thousand dead in Israel, I shouted at the government meeting, in his presence, that I disagree. That this would not be the outcome and it was just an exaggeration – the PM accepted this exaggeration and responded to the CEO’s fears.”

At the same time, Minister Litzman noted that one can’t argue with the fact that the number of dead from the coronavirus in Israel is relatively low.

The final report of the special Knesset coronavirus committee, published last Thursday, points to serious failures in crisis management on the part of Litzman and the Health Ministry under his command. Among other things, the report states that the emergency services were weakened and removed from treating the crisis. The authors of the report believe that, although efforts were made to procure ventilators, the initiative and failed, and the system also did not meet the target set for the scope of coronavirus tests. Committee Chairman Ofer Shelah (Yesh Atid) said: “Despite the time for preparation, the crisis has been managed with irregularities.”

Last month, Litzman announced to the prime minister that he had decided to leave the Health Ministry and take over the Construction and Housing portfolio. But changing portfolios under the cover of his party’s influence on the Netanyahu government will not shield Litzman from his own shoddy record in handling the pandemic, including accusations that he contracted the virus because he had defied his own ministry’s regulations and participated in indoors minyan services.

Senior physicians and department heads in the healthcare system, with their own political agendas, have called for a physician to be appointed to run the Health Ministry. These top physicians sent a letter to MKs and government ministers, saying: “These days, decisions are being made which are disconnected from reality. The leadership of the campaign has failed in setting criteria for testing for the coronavirus.”

About apartment prices, Litzman said he had plans to deal with the issue, but did not elaborate: “I have thoughts, I have no plans yet. I’ve only been one hour in the housing ministry.”

Speaking about the “Price for Dweller” (Mechir L’Mishtaken) project, which was dreamed up by outgoing Finance Minister Moshe Kahlon with great fanfare and dubious results, Litzman said: “I’m not sure the project will continue. We will decide and let everyone know. I have not yet sat with my ministry staff. I want every young couple to have an apartment, period.” 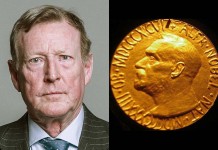 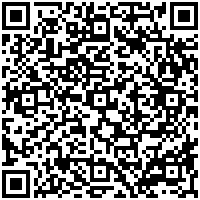