Shas chairman and former interior minister Aryeh Deri, who a year and a half ago stopped the registration of Zoom marriages in Israel, on Sunday sent an urgent letter to Attorney General Gali Baharav-Miara urging her to appeal last Friday’s precedent-setting ruling of District Court Judge Efrat Fink compelling the Population Registry to record the couples involved as being married (Israeli District Court Upholds Civil Marriages Over Zoom).

In the letter, published on Kan 11 News Sunday night, Deri attacks the ruling and District Court Judge Fink, writing: “It is inconceivable that fateful decisions regarding the character of the State of Israel would be made by a single judge in a temporary appointment to the district court. It is my duty to warn about this danger.”

Deri suggested that “the ruling weakens the state’s ability to shape its marriage law, and allows anyone to circumvent Israeli domestic law without leaving the country.” Therefore, Deri urged the AG: “Appeal against the ruling that compels the state to recognize marriages conducted over Zoom.”

During the Corona pandemic, the state of Utah allowed marriage registration through the Zoom application, and hundreds of Israeli couples jumped at the opportunity, stepped up in front of the Utah judges, paid several hundred dollars, and signed up to be married.

Israel does not have a state-run, civil marriage system and most individuals are married in religious ceremonies according to their faith. In the case of marriages approved by the chief rabbinate, these exclude same-sex couples, Jews who are ineligible for halakhic marriage, and, of course, individuals who are not interested in being married by a rabbi.

Finance Minister and Israel Beiteinu Chairman Avigdor Liberman, responded to Deri’s move Sunday night, saying, “Aryeh Deri’s appeal against the right of an Israeli citizen to marry in Israel is simply outrageous. I call on the Attorney General to reject his suggestion outright. Israel Beiteinu will continue to fight for an embracing kind of Judaism and against Haredi coercion, in the spirit of live and let live.”

“The right to marry in Israel is a basic right for every Israeli citizen,” Liberman said.

There are two good reasons why former Interior Minister Deri’s opinion is extremely valid: 1. Altering through a court ruling how the state of Israel handles marriages is an extreme example of judicial radicalism which, in effect, constitutes the outright amendment of an existing law from the bench; 2. All those wishing to get married who were rejected by the chief rabbinate or refused to be married under its auspices had a reliable remedy in hopping by plane (40 minutes) to the neighboring island of Cyprus where they could marry and then were recognized as couples by the Population Registry.

There’s a third, very good reason, suggested by Rabbinic advocate Rivka Lowicz: by subverting the law which is based on Jewish halakha, the move prevents the natural evolution of the halakha which is by design dynamic and set to present solutions to such conflicts, sometimes less slowly than one may believe. 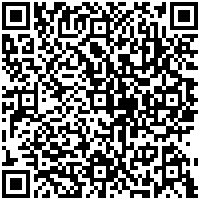