More than six months after Ramat Gan Mayor Carmel Shama Ha’Cohen (Likud) approved free city buses on Shabbat, on Sunday the Ramat Gan city council approved the budget to run the project for the coming year as well. The vote was part of a series of budgetary decisions, and allocated 2.5 million shekel to operate the “Sababus” – the name is a combination of the words Shabbat and bus.

In a puzzling move, reported by the news website B’Hadrai Haredim, the overall budget, which included funding for a Shabbat bus was supported by Haredi Deputy Mayor David Menachem, head of the Shas faction in Ramat Gan, who can be seen in the video below (he is seated at the corner of the dais, several seats to the right of the mayor who runs the vote) when he makes it clear that he is “voting yea twice.”

His partner on the council, attorney Zohar Yasharim (Shas), voted against the Sababus budget – for the obvious reason of the desecration of Shabbat. In fact, Yesharim has quit the municipal coalition over this project.

Deputy Mayor David Menachem issued an even more puzzling statement on Monday, saying, “Dear public, only this morning it became clear to me that yesterday, a distorted minute of video out of the vote on the 2020 budget, showed a false representation of me where I vote in favor of trips to the beach on Shabbat, while you don’t have to be a genius to know that I’m totally against it.”

A week ago, the Ramat Gan municipality announced on its website: “Please note, the Sababus service will be renewed on Dec. 31, 2019 (which is weird, since that’s a Tuesday – DI). Soon! Two more lines will be added: the ‘Championship Sababus’ and ‘Bonus Sababus.’ The new lines will provide residents with free public transportation on Shabbat to major sporting events in Israel and to national tourist attractions.”

According to B’Hadrei Haredim, more than six months ago, following the decision of Ramat Gan Mayor Carmel Shama Cohen to run free public transportation on Shabbat, one of Ramat Gan’s most influential Sephardi rabbis, Rabbi Yosef Nissan, together with Deputy Mayor Menachem, visited Rabbi Shalom Cohen – the spiritual leader of Shas and the oldest member of the party’s Moetzet Chachmei HaTorah rabbinic council – asking for his guidance on the Shabbat bus issue.

Rabbi Cohen said that he wanted to discuss the matter with Shas chairman, Minister Arie Deri, and promised to issue a ruling on whether Shas should remain in the Ramat Gan municipal coalition. But no such ruling has been issued since then.

Did Deputy Mayor Menachem really vote to support Shabbat desecration? Was he just confused? Is he the victim of distortion and fake news? You be the judge. 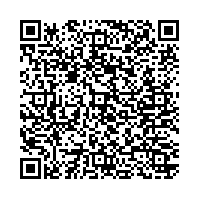