Retired IDF major general Yair Golan, who served as Deputy Chief of Staff but was blocked from the top job over his 2016 Holocaust Day speech, when he drew a parallel between Nazi Germany in the 1930s and Israel today, on Saturday night’s Tikun Leil Shavuot (Shavuot night Torah study) told an audience in Herzliya that the left might have to man barricades against an ever-more repressive regime.

Golan responded to a member of the audience who suggested Israel was “in a period when the three branches of government are withering, giving room for only one branch to be created after it had trampled the rest.”


Golan replied: “What you’re talking about is what happens when there’s an attempt not to change the framework in a measured way but to crush it, and whether citizens should get on the barricades. Now, my answer is – this is an option. I don’t encourage it nor do I prevent it, this is part of our discourse as citizens.”

In his Holocaust Day speech, Golan articulated: “If there is one thing that is scary in remembering the Holocaust, it is noticing horrific processes which developed in Europe – particularly in Germany – 70, 80, and 90 years ago, and finding remnants of that here (in Israel – DI) among us in the year 2016.”

He referred to Israeli soldiers who occasionally treat the Arabs in Judea and Samaria harshly, focusing on the saga of Elor Azaria who shot a terrorist who had already been neutralized.

His comparison between Nazis and Israelis caused outrage, as many Israelis suggested it was he, Golan, who forgot the lessons of the Holocaust. Prime Minister Netanyahu said Golan’s comments “do injustice to Israeli society and cheapen the value of the Holocaust.”

Golan is seen as a potential new Labor party chairman and has reportedly been encouraged by the current chairman, Avi Gabai, to throw his hat in the ring. With his required cooling off period having passed, the former general is eligible to run in the September 17 elections. Golan’s son, Uriah, has been involved in the 2019 Labor election campaign. The primaries will be held on July 2.

In a recent interview, Golan described his agenda, saying, “I am in favor of separation from the Palestinians, a free but compassionate economy, and I want my country to have a cultural and educational vision that will lead us to the top spots in the world. At the same time, I believe we must take the security initiative in relation to the region that surrounds us. Today we possess extraordinary opportunities.”

It should be noted that before Labor shrank down to 6 Knesset seats in 2019, it held 24 seats following the 2015 elections. With a fresh leader who is unafraid to speak what is on the minds of many Israeli leftists, a recuperated Labor party could draw back its votes from Blue & White and Meretz to become Israel’s second-largest party again. 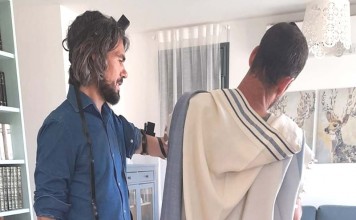