The Military Advocate General’s website states that the draft exemption awarded women who ask for it on religious grounds is an automatic statutory exemption, benefiting individual women who declare in writing to a state or rabbinic judge that her religious conviction prevents her from serving in the IDF. It means, according to the social advocacy group Hotam, that draft officials do not have the authority to challenge individual women’s eligibility. And yet, according to a press release distributed on Wednesday, IDF recruiters frequently run these women through the wringer.

The Hotam release claims that during interviews with female exemption seekers, countless attempts are being made to undermine their religious identity and violate their privacy – all of which is against the law. One Woman came out of her interview saying, “They tried to convince me that I was not really religious – I went out in tears.”


According to Hotam, many women who have made a religious declaration in the rabbinical courts that they are interested in contributing as part of the National Service, undergo various investigations, and are invited to an interview where recruiters examine their religious level and attempt to persuade them to abandon their volunteer service commitment in order to enlist in the army.

In the interviews, the women are asked personal questions about their lives and their family life, which violate their privacy. According to Hotam, these are fishing expeditions intended to increase the percentage of enlistment among religious women.

Hotam has collected dozens of testimonies of Ulpana women from all over the country who have been summoned to “interviews of religious exemption seekers” in which the women are asked a variety questions about Judaism, some of them are trick questions. This while the by law the women must only declare that they are keep kosher and observe Shabbat. The law does not require of them to be experts on the 613 commandments.

M., an Ulpana student from Petach Tikvah who declared to a Rabbinical Court that she keeps kashrut and Shabat, received an “invitation to appear for an interview for a religious exemption seeker.”

In the interview, M. says she was asked a trick question: “What is the blessing of the moon, when is it said, what is the nusach (style) you use?”

Except that, according to Jewish law, women are not obligated to keep many of the time-related commandments, which the moon blessing most certainly is. In fact, it is safe to assume that the vast majority of Orthodox women very rarely participate in this ritual which typically takes place after the evening prayer on Saturday nights – not a time women usually spend in shul.

Then they asked M. “what are the commandments for which a woman who defies them dies at birth” – an allusion to a hermeneutic statement illustrating the passage of matrilineal sovereignty from Sara to Rivka in the Book of Genesis with the statement that women die at birth if they didn’t abstain from sex during their menstrual cycle; give a part of the kneaded dough to a Cohen; and light Shabbat candles.

No doubt, had the IDF inquisitor asked M. about Nida, Hafrashat Chalah, and Hadlakat Ner Shabbat, she’d have passed the test with flying colors. But presenting the same issue through a non-binding, non-halachic medrash is outright mean.

M. was also asked if her mother covers her hair (countless National-Religious women cover their hair only in shul, if at all); and does her father wear a yarmulke – which is none of their business, by law.

A religious woman who opted to attend a secular public school because the level of non-religious courses there was better, was bombarded with halachic questions that most rabbinic candidates don’t experience, certainly not with the hostile, borderline brutal tone she was facing.

Attorney Moshe Polski, representing Hotam, sent a letter to Lt. Col. Michel Melamed, head of the recruitment center at Tel Hashomer, complaining that the interrogation of women who seek to volunteer at the National Service rather than enlist in the IDF is not authorized by the law.

“It also appears that this even results in harm to those designated for the security service, placing under suspicion for no apparent reason those who are required to report to the recruitment office for the purpose of conducting an interview regarding their religious declaration, as if they submitted a false affidavit – while the interviewer lacks any authority to order an interview or a test of this kind,” Polski wrote.

The IDF Spokesman said in response: “This is another attempt by the Hotem organization to harm the IDF. Any attempt by the organization to present false claims regarding the process of enlisting religious women is caustic and deserving of condemnation. Candidates for IDF service who have studied in a state-religious or ultra-Orthodox education system and who maintain a religious lifestyle are not required to visit the recruitment office for an interview. In exceptional cases where there is a reasonable chance that the affidavit is not credible, a summons will be sent to the exemption seeker in order to prevent the abuse of the law.” 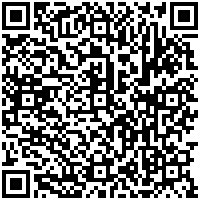