In his response to a petition to the Supreme Court, submitted by a couple who had been married in an Orthodox ceremony outside the jurisdiction of the Chief Rabbinate, the Knesset legal counsel Eyal Yinon said that, contrary to the position of the rabbinical courts, there is no legal impediment to conducting this kind of a private wedding. He suggested the ban applies only to private weddings that are conducted in secret.

The Chief Rabbinate normally objects to marriages between Psulei Khitun – couples who are disqualified from getting married for a variety of reasons, including couples who are related, mamzerim, agunot, and, most commonly, a cohen wishing to marry a divorce or a widow.


The couple, Mr. And Mrs. Oren, who held a private marriage ceremony this year, including prenuptial agreements and kiddushin, asked to register their marriage in the Chief Rabbinate and in the country’s population registry, and petitioned the Supreme Court to order the nullification of the rulings of a regional rabbinical court which refused to register them as married and even ruled that as a result of this private marriage, the wife’s halachic status is Safek Mekudeshet, which means the validity of her marriage is doubtful and she must seek a divorce from her new husband in order for him to marry her rightfully. In this case, “rightfully” means in a ceremony officiated by a rabbi who was authorized by the rabbinate.

The petitioners also argued that as a result of the refusal to register their marriage, they are exposed to criminal proceedings against them under the provisions of section 7 of the 2013 Marriages and Divorces Ordinance, which stipulates a two-year imprisonment to anyone who fails to register his or her wedding or divorce.

The Knesset legal counsel also states that despite the refusal of the Rabbinical Court to register the petitioners as married, the petitioners do not face criminal sanctions for conducting a private marriage, since the petitioners “made sure that their marriage was registered.”

In effect, this means that the Knesset accepts the petitioners’ position according to which private marriages can be conducted according to halachic law, and that such marriages do not constitute a violation of the law.

It remains to be seen whether the Chief Rabbinate—and in turn the Interior Ministry—will in fact register the Oren couple as being legally married.

Attorney Batya Kahana Dror, who represents the petitioners, said she believed the next required step would be to force the civil authorities, meaning the Interior Ministry, to register these marriages, following which “the marriage revolution in Israel would be complete.”

“This was a very dramatic step that will prevent the ongoing harm to many civilians, and which will strengthen Israel as a Jewish and democratic state.” 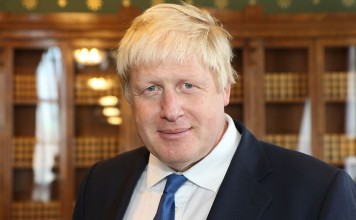 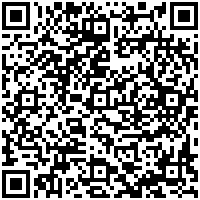