Yisrael Beiteinu chairman Avigdor Liberman is threatening the 65-seat, right-wing coalition government that Benjamin Netanyahu is hoping to forge, over the contrast between Liberman and the Haredi parties regarding the military draft. Netanyahu will find it next to impossible to balance the Haredi position against a tough law that imposes criminal charges on draft dodgers, with Liberman’s demand to keep the draft law as it is, compelling all Haredi youths to enlist under the threat of imprisonment, and punishing the yeshivas where they study.

Likud negotiators are expected to hold parallel sessions with both sides to reach a middle ground, which, based on past experience, does not exist.

Of course, it is entirely possible that Liberman is holding back on the draft issue in order to trade it eventually for a return to the defense ministry, but this time without being under the thumb of the prime minister. Liberman has said that the reason he quit the Netanyahu government where he served as defense minister, in November 2018, was that the PM was forcing him to cuddle the Hamas government. This time, Liberman insists on being allowed to carry out an iron fist policy against Hamas provocations.

This weekend, MK Oded Forer, Liberman’s number two in Israel Beiteinu, said that although his party would not join a government headed by Benny Gantz, “that is not on the agenda at all,” it would insist on “conditions regarding a change in security policy in matters of religion and state, and the draft law.”

Forer also denied a report that Liberman and Blue and White co-chairman Yair Lapid have met in Vienna to discuss a possible partnership. With his 5 Knesset seats, Liberman could make life difficult for a Netanyahu 60-seat coalition, should he join forces with the 55-seat opposition, which includes two Arab parties.

Lapid, meanwhile, enumerated in a Facebook post the many scenarios in which he intends to “make life miserable” for a Netanyahu-led coalition: “When they try to pass the immunity law and the other laws for making corruption kosher, we’ll make their lives miserable. When they try to pass the overcoming clause [allowing the Knesset to reject the High Court’s annulling of legislation] and harm the Supreme Court, when they try to abolish the Conscription Law and the requirement [for Haredi students to study] core curriculum subjects, when they pay protection money to Gaza, when they destroy our relations with Diaspora Jewry, we are going to make their lives miserable.”

Churchill’s “We shall fight on the beaches” it ain’t, but it does lay out how far Lapid is prepared to go – when he is not otherwise engaged in long speaking tours in Europe and the States.

Lapid did concede that “if they do good things for the people of Israel, we will be happy to help them.” 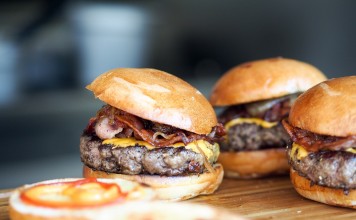