MK Simcha Rothman is probably the major grownup in the conference room of Religious Zionism and Otzma Yehudit (Meet Religious Zionist Simcha Rothman, Ben Gvir’s Moderate Ally), so when he loses it, I pay attention. On Tuesday morning, he lost it, which, in Rothmanland came out as an angry, well-written, and lengthy post on Facebook. He wrote:

Luckily, this nightmare is behind us. And it’s a shame that all those “good souls” who are terribly worried now about the loss of democracy, were simply asleep for the past year and a half.

Hypocrites, we’re fed up with you.

The right-wing in Israel is democratic, nationally minded, and attentive to legitimate criticism. The orchestrated cries of the brave journalists on the left may not win them a Pulitzer Prize, but they certainly deserve an Oscar for direction, production, and best actors and actresses.

Rothman opened his post with a litany of cogent grievances against the Lapid-Bennett-Gantz government, which he said he wished he had posted back in May 2021, to be officially recognized as an angry prophet of the center-left government. Here goes, I suspect you and I would agree with all of it:

Friends, what can I say?

We saw the rise of a government of irresponsible and unscrupulous people who sat for a long time in the opposition and accumulated a lot of frustration and hatred.

They are crazy and have no boundaries.

They won’t let members of the opposition speak in committees or the plenary (Committee chairs Toporovsky, Sillman, and Waleed Taha).

The designated Speaker of the Knesset is a violent and rude man, who does not object to physical violence and talks using his hands. I’m sure that in a very short time, we will see him walking around the Knesset accompanied by security guards and raising his hands on opposition MKs. (Mickey Levy)

They will try, using a random majority, to drastically change the basic laws, ignoring the general public who did not vote for them (Norwegian law, rotation government law).

They won’t even invite a representative of the opposition to the committee that will produce a new constitution that change Israel’s system of government forever (A committee that was established to create the Basic Law: Legislation, with coalition members only).

And never mind everything else, what will happen to the minorities? They will impose special taxes on minority groups not represented in the coalition and pass all the money as bribes to attain industrial silence (anti-Haredi taxes on disposable products and sugary drinks).

And I’m not even beginning to talk about personal corruption, about appointing relatives and friends to key positions. About an inflated government and the massive waste of public funds on ministers and deputy ministers for nothing (Lapid’s wife and cousin, Eli Avidar).

And these fascists will not stop there. The government will try to take advantage of the security and governance crisis facing Israeli Arabs to enact a law empowering a policeman to enter any home without a warrant, and we already know against whom they will use these powers (Proposed legislation by Gideon Sa’ar).

They will talk about unity but will try to use every tool in their hands, without restraint, to change the religious status quo (Public transportation on Shabbat, Reform conversions).

They will use lightning-fast legislative procedures to change the way judges are appointed, without allowing time for objections from the public, all of it in secret (Changing the composition of the committee for the appointment of rabbinic judges).

They will recognize the entire illegal settlement of construction criminals, connect it to the electric grid, and create a reality on the ground that no political agreement can change later (Bedouin illegal homes connected to the grid).

They will appoint officials based on personal loyalty, not qualifications, even at the highest positions, and mow down anyone who tries to raise a red flag (AG Gali Baharav-Miara).

The Israel we’ve known has gone to hell. Take to the streets, and set the country on fire, it is impossible to accept such a reality.


I have to admit that I guessed only about three of Rothman’s “prophecies.” So I asked him to decipher them and he sent me the version with the Rashi commentary. Feel free to use the above list every time you’ll hear some leftist saying the new government is a threat to democracy… 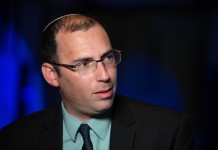 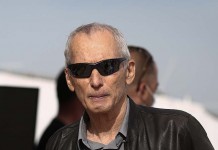 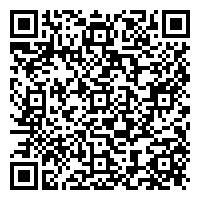