Prime Minister Benjamin Netanyahu on Wednesday appointed former Justice Minister and Finance Minister Moshe Nissim (Likud) to lead a panel to formulate recommendations on conversion to Judaism in Israel. According to the Prime Minister’s Office, Netanyahu believes that “Nissim’s rich experience will help formulate recommendations on the issue of conversion, with broad agreement, to strengthen unity among the Jewish people and respect for Jewish heritage.”

Moshe Nissim, who began his political career as member of the small-business, small-L liberal parties which formed Likud together with Menachem Begin’s more militant Herut party, was first elected to the Knesset in 1959, and left the Knesset in 1996, having served in the cabinets of Begin, Yitzhak Shamir, and Shimon Peres. He is the son of Rabbi Isaac Nissim, who served as Sephardi Chief Rabbi of Israel from 1955 to 1973.


Nissim’s appointment is part of the Netanyahu government’s fulfillment of its commitment to the High Court of Justice to promote a more “egalitarian” conversions law which would enjoy broad support from Israelis.

It follows a crisis that broke out in June, when the government decided to promote an earlier version of the conversion law and aroused the Ire of Reform and Conservative Jews in the United States. The crisis was finally contained after a compromise in which the legislation was suspended for half a year, while the Reform and Conservative movements withdrew their petition from the High Court of Justice, pending a new conversion bill.

Reconectar, the movement to reconnect with the descendants of Spanish and Portuguese Jewish communities who were forced to convert to Christianity in the fourteenth century, also known as Bene Anousim, has welcomed the appointment of Moshe Nissim to the government committee mandated for their own reasons.

According to Ashley Perry (Perez), President of Reconectar, “There are millions of Anousim, completely committed to Judaism, the Jewish People and Israel, who seek official recognition and a recommendation to include them in future conversion guidelines could be a game-changing moment for the Jewish world.”

“This is an extremely exciting and precious moment in Jewish history,” said Perry. “This can literally change the status and future of our people and have many positive and practical benefits, not least to rectify a historic wrong to the Jewish People.”

Perry added that according to numerous rabbis and halachic decisors, like Rashi, the Rambam, the Shulchan Aruch, Rav Ovadia Yosef, Rav Aaron Soloveichik, and many others, these Anousim should be welcomed back to the Jewish People. 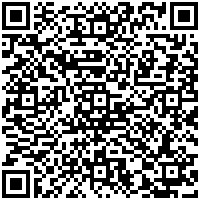