It was bound to happen, I warned before and after the November 1 election it was going to happen, and now it happened: Benjamin Netanyahu reportedly pulled a typical Bibi in an attempt to lure the “center-left” (or, in plain English, “Left”) into his coalition government.

According to a Wednesday morning report in Ma’ariv, American money is currently being invested in building and promoting a broad public approval in Israel for the move, with countless leaked statements across Israel’s media from Biden officials who claimed that a narrow right-wing government would not have full and deep cooperation with the administration. The Americans also paid for several polls showing that the majority of “Change Bloc” voters (this includes Lapid, Gantz, Labor, and the now defunct Meretz) support a broad unity government.


According to Ma’ariv, intensive contacts have been conducted for several days between Benjamin Netanyahu’s associates and those of Yair Lapid and Benny Gantz. On the agenda: the possibility of establishing a unity government, in which Yesh Atid and the National Camp (Gantz’s latest party name, he’s had many) will be partners. What about Gideon Sa’ar, who left the Likud precisely over his deep loathing for Netanyahu? They thought about that one, too: Gantz will join Netanyahu without Gideon Sa’ar and his associates.

Adages about teaching old dogs new tricks and frogs giving rides to scorpions come to mind, naturally. Also naturally, the Likud condemned the report, announcing, “Another fake news. A spin that never existed. Those who invest so much in spreading fake news better invest their efforts in establishing a fully right-wing government immediately.” So, Likud blames Smotrich et al for the leak.

Yesh Atid offered a different culprit: “The Likud is spreading these unfounded rumors to lower the costs with Smotrich and Deri. We will not conduct any negotiations with them, and Yesh Atid will not sit in the government of a man indicted on serious crimes.” So, Yesh Atid points the finger at Likud.

Ma’ariv claims the contacts between Netanyahu and his un-Smotrich rivals were begun in response to the Biden administration’s pressure on Binyamin Netanyahu immediately after the elections. Netanyahu was told the White House would have difficulty dealing with the senior members of the right-wing and Haredi factions in his next government, especially if Bezalel Smotrich and Itamar ben Gvir land top portfolios.

In response, Netanyahu told Americans that he “does not see the possibility of establishing a broad unity government, first of all, because there is no partner in the center-left bloc, since both Lapid and Gantz have announced several times that under no circumstances would they join his government alongside the Haredim, Religious Zionism, and Otzma Yehudit.”

At that point, the Americans turned to associates of Lapid and Gantz and pressed for a dialogue with the Likud under the radar, stressing the two opposition leaders must “make an effort in favor of establishing a broad, representative and balanced government, one that will gain full legitimacy and full cooperation from the United States, the European Union, and Western countries.”

According to sources close to the negotiations that never happened, Lapid and Gantz were offered the Finance and Defense ministries respectively. 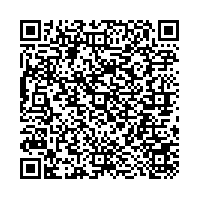