Justice Minister and New Hope Chairman Gideon Sa’ar on Friday rejected the possibility of running a center-right bloc in the next election and insisted his party would run as a separate entity, Srugim reported on Sunday (סער חושף: כך תרוץ תקווה חדשה בבחירות הבאות).

In Friday’s zoom meeting with party activists, Sa’ar said: “New Hope will run in the next election as it has done in the last election, as New Hope, and will get more than the 208,000 votes we received then because we will be able to demonstrate to the Israeli public more action and effectiveness than any other party in the State of Israel.”


New Hope received 6 seats in the current Knesset, but recent polls show both it and Naftali Bennett’s Yamina on the precipice of elimination in the coming election, with Yamina performing better than New Hope.

On paper, a Sa’ar-Bennett-Liberman slate currently possesses 20 seats and as such stands to outflank Yair Lapid’s Yesh Atid for second place, behind the Likud. The pundits have suggested that of the three, only Liberman’s Israel Beiteinu has a solid chance of retaining its seven seats because its support is better defined, having been around since 1999. Yamina has only been around since 2019—cobbled together of the remnants of New Right, Habayit Hayehudi, and National Union-Tekuma. New Hope was created in 2020, after Sa’ar had left Likud, having failed to oust Benjamin Netanyahu in internal elections.

Sa’ar is banking on what he describes as his considerable achievements at the Justice Ministry since taking over in the summer. But the public, at least in the polls, is not impressed, and Sa’ar’s party has ended below the threshold of 3.25% of the vote in the vast majority of polls.

Should Bennett, Liberman, and Sa’ar succeed in putting away their differences and staking a claim on the 20 or so floating votes at the center of Israel’s political map, they could name their price with both a right- or left-leaning coalition government. Sa’ar must be aware of this, but as he is considered one of Israel’s most savvy political animals, he is probably not going to start dancing before the band starts playing.

Ideologically there isn’t much daylight between the main platforms of the three parties, with Yamina possibly appealing to a more traditional-Jewish segment, while Israel Beiteinu is more deeply identified with secular right-wingers, mostly from the former Soviet Union. 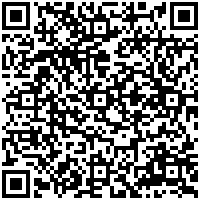