Thousands of Jewish settlers arrived Wednesday afternoon at gathering points throughout Judea and Samaria as part of the operation to establish new outposts that was conducted by the Nahala settlement movement.


Nahala was founded in 2005 by Rabbi Moshe Levinger and Daniela Weiss as a continuation of Gush Emunim, to settle Greater Israel through teaching, establishing outposts, rallies, and political work.

Around 9 PM Wednesday, the police began violent evacuation attempts in several outposts. Nahala issued a statement saying, “We call on the defense minister and the prime minister to stop this immediately and to freeze the situation at least until a cabinet meeting is convened on the issue. The large masses which include women, children, and the elderly, are not doing anything illegal and there is no reason to use brutal force against them in the middle of the night.”

They were right: the settlers didn’t bring with them any construction material and didn’t erect a single structure without a permit – that would have been illegal. Instead, they pitched tents, which makes their crime, at most, unauthorized camping. There was also plenty of dancing without a permit.
From the gathering points, the thousands of settlers went out to establish their new outposts.

The source for the modern word “settler” is in Deuteronomy 32:18 – “We will not return to our homes until every one of the Israelites has settled his settlement,” meaning his portion of the land. It means that every Jew living in the renewed state of Israel is a settler.

It’s a sacred word, we needn’t be ashamed of it.

The IDF decided to declare the assembly points in Samaria a “closed military zone.” Head of Shomron Regional Council Yossi Dagan threatened to petition the High Court against those roadblocks, saying: “I am warning that the police are blocking roads in Samaria without any legal justification and disrupting the lives of hundreds of thousands of residents. It looks like a means of pressuring the population of Samaria and if it is not resolved, we will appeal to the High Court.”

Head of Binyamin Regional Council Israel Gantz, who was on the ground with the settlers, sent an urgent letter to Attorney General Gali Baharav-Miara, saying: “At this time, police are deployed to carry out illegal missions throughout Judea and Samaria. I am in the field and receive a lot of testimonies that cops are preventing the travel of civilians and their children for no reason. Anyone whose ID card address does not match the nearest community is ordered to turn around and is denied his freedom of movement, and these are innocent citizens who travel in their daily routines. I urge you to instruct the minister of defense and the minister of internal security to immediately stop this illegal behavior.”

Religious Zionism Chairman MK Bezalel Smotrich said in response: “Thousands of illegal Arab structures are out there at any given moment, and Gantz and the defense establishment are doing nothing to prevent it. A new Jewish settlement goes up and half the security system is on its feet to prevent it. This is the White Paper policy of Gantz, Lapid, and Shaked. Get your hands off the settlements!”

Ayelet Shaked tweeted her support for the Nahala efforts, and then someone reminded her that she’s still the interior minister in the government that’s evacuating those settlers and should use more than Twitter to help them.

The White Paper of 1939 was a policy paper issued by the British government, led by Neville Chamberlain, in response to the 1936–1939 Arab revolt in Palestine. It limited Jewish immigration to 75,000 for five years and ruled that further immigration would be determined later by the Arab majority. Jews were restricted from buying Arab land in all but 5% of the British-governed colony.

Otzma Yehudit Chairman MK Itamar Ben Gvir came to the Barkan area along with thousands of families and individuals from around the country, to support the settlement. Seeing that the Nahala people were being kept by the security forces from receiving food and water, Ben Gvir took advantage of his parliamentary immunity, and loaded bottles of water and food in his car, to hand out to the settlers.

“I’m utilizing my parliamentary immunity to load bottles of water for our wonderful youth who are building and settling the land. The role of an MK is to take care of the humanitarian needs of the population.”

Ben Gvir compared the Nahala youths to the original pioneers who built the country, and condemned “the attempt of the far-left’s Yair Lapid and Benny Gantz to establish a de facto Palestinian state and prevent the establishment of settlements by the Nahala movement, which is an attempt to harm Jewish settlement in the Land of Israel.” 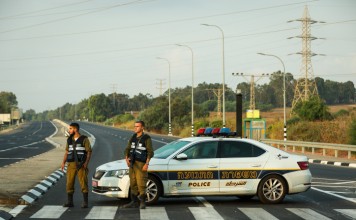 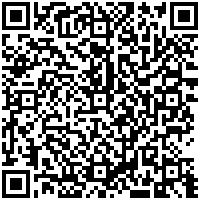